By JOHN KELMAN
December 8, 2005
Sign in to view read count 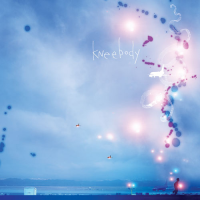 When trumpeter Dave Douglas parted ways with RCA/Bluebird—which released his projects between 2000 and 2004—he created Greenleaf Music to allow him better control over both his art and its delivery. He also planned to bring exposure to other artists. The first non-Douglas release on the new label, the self-titled debut by Kneebody, fits perfectly with Douglas' view that music should transcend labels and artificial stylistic restrictions.

A quintet of players who have worked with artists as diverse as Ani DiFranco, Snoop Dogg, and Steve Coleman, Kneebody brings that very diversity to its own music, combining focused yet vivid improvisational interplay with detailed writing, and a sonic palette ranging from the purely acoustic to the outrageously electric. While it's not a fusion band by any standard definition, Kneebody's trans-genre approach is nevertheless fusion in the broader sense of the word. Much like Lost Tribe—the 1990s band which ultimately brought significant attention to its members, including saxophonist David Binney, guitarist Adam Rogers, and drummer Ben Perowsky—Kneebody manages to combine visceral groove with cerebral musical ideas, making its arrival on the scene a significant one.

With the exception of drummer Nate Wood, everyone in the quintet—keyboardist Adam Benjamin, trumpeter Shane Endsley, bassist Kaveh Rastegar, and saxophonist Ben Wendel—contributes compositions to the disc, but it's remarkable how unified the band's vision remains. While it's difficult to avoid comparisons to Lost Tribe, Kneebody retains a sound all its own, with an even broader stylistic purview. But the way that Endsley and Wendl's lines intertwine—winding, snakelike, between unison and harmonies that range from close to open—begs comparison to the knotty writing of Binney and Rogers.

While there's a strong funk element, it's often with an aggressive edge that clearly leans more towards rock territory. Benjamin's "Never Remember shifts from a pedal-to-the-metal groove by Wood and Rastegar to a middle section that's lighter in texture, before heading into a hard-hitting outro featuring Benjamin's distorted Wurlitzer. Endsley's "I'm Your General finds Benjamin feeding his electric piano through a ring modulator and Rastegar's fuzz-toned bass referencing ex-Soft Machine bassist Hugh Hopper. Rastegar's evocative ballad "Victory Lap, with its memorable theme, proves that Kneebody can relax the pace and approach the lyrical with equal intent.

With nearly half of the album's dozen tracks under three minutes, one might expect a compositional focus. Still, Rastegar's one-minute "Wide-Eyed —a trumpet/bass/drums trio—is more about interplay, whereas Wendel's "Clime Pt. I and "Pt II both blur the line, with clearly detailed horn lines resting over the more open-ended electronic backdrop created by Benjamin, Rastegar, and Wood.

With Kneebody's intrepid collage of influences, Douglas' interest in the group will come as no surprise. Purists will undoubtedly be offended by Kneebody's blending of technology into the mix, not to mention the group's sometimes aggressive rock stance; but for those who want to hear how the jazz vernacular is being reshaped and the improvisational spirit re-contextualized, Kneebody is a band—and an album—well worth checking out.