BY MIKE PERCIACCANTE
August 1, 2002
Sign in to view read count 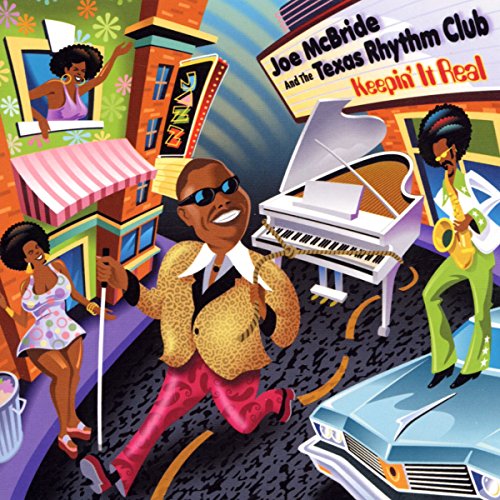 On Keepin It Real, his sixth Head Up release Joe McBride continues to deliver smooth jazz as only he can. McBride, who hails from St. Louis, MO (his uncle is former Cardinals outfielder Bake McBride), soaked up that city's musical brew and folded in the essence and subtleties of his influences, which appear to be funk, gospel, bebop, Motown, and R&B to create his own brand of jazz, a hybrid, if you will. As always, keyboardist McBride cooks his jazz real smooth, real light, and real contemporary. Not surprising is the consistency that McBride continues to deliver.

What is surprising, though, is the selection of A3's "Woke Up This Morning" (Better known as the Soprano's theme) as this CD's opener. The song is given a slightly different arrangement from what fans of the HBO series are accustomed to, yet it is so familiar that the listener will find himself/herself singing or humming along. The vocals are smoky (a pre-requisite for this song and absolutely wonderful). Another winner is "Never Let You Go" in which McBride supplies a beautiful almost Chicago-like vocal. The rest of the CD features McBride's signature instrumental good-natured cheerful and up-beat sounds.

Although there is nothing monumentally new or ground-breaking here, fans of McBride will be very happy and new fans will enjoy the carefree feel of this offering.