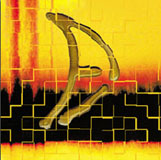 Progressive rock may be an even more marginalized musical genre than jazz, but interest has grown in recent years, largely thanks to the ability of the internet to reach out to an international audience from countries that would, under other circumstances, seem unlikely sources. While largely out of fashion in many countries, it's remained consistently viable in Italy, where groups like PFM not only reached international acclaim in the 1970s, but continue to tour and record three decades later. More than just legacy acts, however, newer Italian groups including Deus ex Machina and D.F.A make it clear that it's the combination of reverence for what has come before and a relentless push for what might come after that keeps any genre alive.

D.F.A. (Duty Free Area) is especially notable in that it's a part-time band with full-time credentials. With its first two records—Lavori in Corso (Scolopendra, 1996) and Duty Free Area (Mellow, 1999)—out-of-print, the only available document of this inventive guitar/keyboards/bass/drums quartet has been Work in Progress Live (MoonJune, 2001). Recorded at NEARfest in 2000, it's all the more impressive given that this band has performed live less than forty times in its twelve-year existence. Thankfully, MoonJune's Leonardo Pavkovic is one of the band's biggest advocates, reissuing both studio albums on Kaleidoscope in much-improved remastered form.

The addition of three live bonus tracks is just icing on the cake of a double-disc set that's essential listening for anyone looking to hear where the influence of formative progressive groups including Gentle Giant, Peter Gabriel-era Genesis, PFM and British Canterbury artists like Hatfield and the North can lead in the present day. But Italian prog has always demonstrated a certain Mediterranean air, with Silvio Minella's classical guitar and Alberto Bonomi's flute on "Pantera—La Sua Anima" creating a gentle coda to the more fervent and electric "Pantera," which features Minella in more aggressive fusion mode.

The symphonic nature of the nearly eleven-minute "Escher," with its heartbeat pulse and synth arpeggios recalls Lamb Lies Down on Broadway-era Genesis, but Alberto De Grandis' percussion overdubs over his in-the-pocket drumming and Luca Baldassari's more lithe bass lines make D.F.A's approach to irregular meters feel more natural. The more oblique and episodic "Work Machine," on the other hand, with its complex counterpoint and thematic trade-offs between the various instruments, references the similarly idiosyncratic Gentle Giant but with less swagger and, again, a more organic groove, despite its many shifts in meter.

As challenging as D.F.A.'s music can be, it remains largely accessible with an appealing blend of soft pastels and more assertive rock stance. Kaleidoscope is an opportunity to hear that progressive rock is alive and well, and that its most important aspect is, indeed, progress.