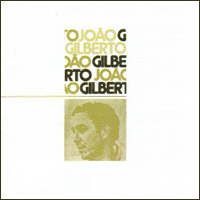 Joao Gilberto's date of birth was June 10, 1931. Happy 90th to the co-creator of Bossa Nova, wherever his spirit is. After his divorce from Astrud, the vocalist on "The Girl From Ipanema," featured on Getz/Gilberto (Verve Records, 1964), Gilberto lived in Mexico for a couple of years, creating the impression of an unpredictable and impetuous artist.

A pair of anecdotes survive from the early '70s. First, a concert organizer finds him playing for the staff at his hotel instead of the audience at the concert venue. Second, after striking a few notes on his guitar, he finds the acoustics disappointing and leaves the stage of another concert.

This album was recorded and engineered in New Jersey in 1973 by Walter (now Wendy) Carlos of synthesized Switched-On Bach (Columbia Masterworks, 1968) fame. The irony? Joao Gilberto is one of the purest acoustic guitar and vocal creations from that time. The audio-enhanced version found on Youtube is a treasure, a reminder that simply produced music lasts forever. It has become Gilberto's and Bossa Nova's White Album because its cover color and design are reminiscent of The Beatles (Apple Records, 1968), often referred to as The White Album.

In 2009 Joao Gilberto was ranked in the Top 50 Brazilian All-Time Albums by Brasil Rolling Stone magazine. Antonio Carlos Jobim wrote the first track, "Aquas de Março," in 1972, making this one of the earliest recordings of what has become a Top 5 Brazilian All-Time Song. Gilberto's version is slower paced than found on many later recordings. This might have something to do with his stream of consciousness being more mellow than the rest. Jobim's Joycean lyric is about the "Waters of March" (the end of Brazil's summer rain storms sweeping up stuff in the street, "It's a stick, it's a stone, a sliver of glass"). Gilberto's guitar and voice here are a perfect match for rain falling on Rio.

Gilberto Gil and Gaetano Veloso are among the too-many-to-mention Brazilian songwriters in this collection, along with Gilberto's song for his daughter Bebel by Miúcha. This is not the genre's most popular or well-known music, but it is essential Bossa Nova. Besides being hypnotic, Senhor Gilberto may well take you far from any pain left over from the pandemic tribulations of 2020-2021.