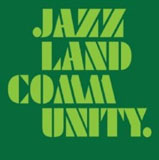 Though the idea started as a simple one—collect a group of artists for a tour celebrating the tenth anniversary of Norwegian keyboardist/producer Bugge Wesseltoft's Jazzland label—the music of Jazzland Community has become considerably more. Those fortunate enough to hear the sextet in performance, including an appearance at the 2007 Festival International de Jazz de Montreal, know that it's more than a commemoration of the label's ongoing innovations. It's a work in progress, made even clearer with the release of Jazzland Community, recorded at various European locations between August and November, 2006.

As inventive in concept as it is in execution, Jazzland Community provides solo spots for three of its most well-known artists—Wesseltoft, guitarist Eivind Aarset and vocalist Sidsel Endresen—as well as Wibutee saxophonist Hakon Kornstad, who's undeniably a young voice to follow. But rather than distinct segments, each feature segues seamlessly into the next, culminating in two sextet pieces also including bassist Marius Reksjo (regular member of Aarset's Electronique Noire trio) and drummer Wetle Holte (Wibutee, Electronique Noire).

The music ranges from Wesseltoft's abstract, dark-hued piano miniature ("Kordial") and jagged electronics-based improvisation ("Fabrikk") to Aarset's texturally rich, groove-heavy "Electromagnetic" and "Connectic," both expansions of versions heard on Connected (Jazzland, 2004). The use of technology to both broaden the soundscapes and create new contexts for improvisation is a defining characteristic.

But so is the purity of the acoustic instruments. Endresen's solo spot, "Slow Song," isn't as extreme as that heard in Montreal or on her groundbreaking One (SOFA, 2007), where she takes a single voice into completely new territory without the use of any processing. Still, it's remarkable to hear what an unfettered imagination can do. Equally, Kornstad's "Sweden" uses a number of extended techniques for tenor saxophone, again without any effects, to create a focused improvisation that includes some of the most mellifluous multiphonics on record.

Endresen's always compelling "Western Wind," from Undertow (Jazzland, 2000), is a mix of ambient landscapes and layered text, but builds slowly, inexorably towards "Downwind," where Endresen, Wesseltoft, and Aarset are joined by the rest of the Community for a finale filled with color, rhythm and interaction. The encore, "Preparation," is another collective improvisation, closing the disc on a more abstruse and brooding note.

Those who consider Nu Jazz to be nothing more than a marriage of jazz with techno beats and ambient textures may find the stylistic breadth of Jazzland Community surprising. Far more than electronica-based dance tracks with a richer language, Wesseltoft's Jazzland label has encouraged a new model, where technology and conventional instrumentation are organically combined to create music that's as boundary-free as the minds of the musicians making it.