Jazz in the Key of Japan: The J Jazz Masterclass Series on BBE

By JAKOB BAEKGAARD
October 10, 2019
Sign in to view read count
It's widely known that Japan is a country with a jazz-loving population. The audience appreciates the music and shows it proper respect. It has been that way for a long time. In fact, the history of jazz in Japan goes back to the 1920s when jazz was still popular dance music. Since then, the music has evolved with the times and made the transition from popular music to modern art music. The American influence has been there from the beginning, and the people of Japan have been glad to invite the titans of the genre to their country. However, they have also fostered their own local heroes. Musicians, who are not so familiar to American and European ears. Fortunately, crate diggers Tony Higgins and Mike Peden have curated a series of Japanese jazz releases on the British label BBE (Barely Breaking Even) as an introduction to new listeners. They span modern jazz in Japan from 1969 to 1984. 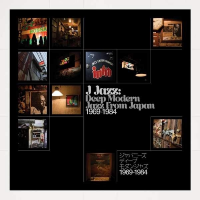 This is the first compilation of modern Japanese jazz on BBE that set things in motion. Higgins and Peden have made a tasty selection of cuts that are not only rare, but also high quality. Influences range from spiritual jazz to samba, funky fusion and modern hard bop. A bass ostinato introduces "Earth Mother" as Koichi MatsukazeTrio gets into an epic acoustic groove and there's an echo of Herbie Hancock's "Blind Man, Blind Man" on Shintaro Quintet's "Blind Man."

Elsewhere, Eiji Nakayama plays a distinctive brand of bright Japanese samba with Fender Rhodes while Mitsuaki Katayama takes a more regular rhythmical approach to the genre on the melodic "Unknown Point," with plenty of Brazilian flavors. On the other hand, Takao Uematsu gets fiery and funky on the appropriately titled "White Fire," sporting hectic electric bass and glowing brass. The funk element is more laidback on Kiyoshi Sugimoto's "Long Neal" that ends the CD version of the album. The vinyl version (3 LPs) adds more tracks. 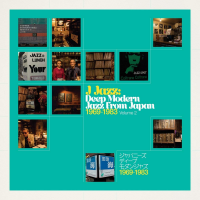 Swing is the key on many of these tracks that have a modern sound, but also a deep funky flavor and a lightly swinging feel. The compositions are complex too and not just blowing tunes. "The Straight Road" by Takashi Miyasaka Quintet moves ahead with elegantly shaped guitar and horn lines and piano comping that breaks into a dancing Latinized solo with percussive samba notes. In contrast, "Stop Over" by Hideto Sasaki & Toshiyuki Sekine Quartet +1 ends with a dissonant avant-garde coda. 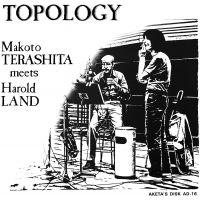 The compilations whet the appetite for more and fortunately the J Jazz Masterclass Series also includes reissues of original albums. Among them is the meeting between Japanese pianist Makoto Terashita and American tenor saxophonist Harold Land. When Topology was recorded in 1983, Terashita was in his early 30s while Land was in his mid-50s, but both found common ground in the music mostly composed by Terashita.

These are sophisticated compositions that bring out the best in Land. His earthy lucid tone graces the gentle mid-tempo-ballad "Tekeuma" with Japanese harmonies, and he brings a Coltrane-like intensity to "World Peace. The opener, "Dragon Dance," also kicked off J Jazz Volume 2 -Deep Modern Jazz from Japan 1969-1983 and is a chapter on its own. It starts with a stunning introduction by Terashita that could qualify as a piano solo. Simply put, this is a lost masterpiece waiting to be discovered by admirers of Land and connoisseurs of modern jazz in general. 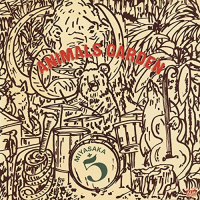 Animals Garden is the album by drummer Takashi 'Bear' Miyasaka. The four tracks all have a reference to animals and could be seen as a suite that begins with the title track, previously found on J Jazz Volume 2 -Deep Modern Jazz from Japan 1969-1983, and moves on with "Ballad of Mammoth," a slowly unfolding piano ballad with trombone and saxophone that gradually gets off the ground with a subtly swinging feel and intense piano outbursts. On "Dog Dance" the tempo increases, as the title suggests, with a bouncing bass groove and soaring brass lines and it gets even more joyful on the closing "Pecker's Blues" with walking bass and Koichi Matsukaze taking it away with a wailing saxophone. Those wanting more Matsukaze might check out his album Earth Mother that has also been reissued by BBE. Additionally, there are also albums by Tohru Aizawa Quartet and Takeo Moriyama in the catalog. Thankfully, it seems like Higgins and Peden have just started their musical journey and for those wanting a taste of the treasures waiting, the compilations form a perfect introduction to modern Japanese jazz.