Home » Jazz Articles » Thundercat: It Is What It Is

Thundercat: It Is What It Is 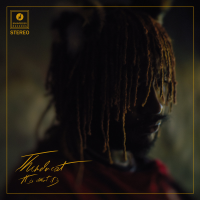 If you're looking for some dreamy neo-soul and jazz fusion with a charming sense of humor, no one can satisfy you like Thundercat. Released on April 3, his fourth studio album, It Is What It Is, demonstrates his seemingly limitless confidence and charm as a singer, songwriter and bassist, delivering a solid crop of gorgeous and personal songs. After releasing two acclaimed solo albums and playing some incredible features for artists like Erykah Badu, Kendrick Lamar and Childish Gambino, Stephen Bruner caught fans' attention with 2017's Drunk (Brainfeeder), a disorienting trip through his alcohol-addled misadventures, delivering plenty of unforgettable bass lines, stunning vocal harmonies and off-kilter grooves along the way. Although his new album is not quite as musically creative as Drunk, Thundercat comes through with plenty of relaxing, goofy and catchy tunes.

Thundercat has a few of the stars he appeared with in the past as guests on his album, and the results bring some fantastic chemistry between an eclectic mix of some of the most talented musicians working today. On the spacey love song "Innerstellar Love," Thundercat's shrill falsetto vocals perfectly complement his grimy bass lines and lush production from trip-hop legend Flying Lotus. About halfway through, the song transforms into a glorious spotlight for saxophonist Kamasi Washington, who belts out a fantastic solo over the song's climactic moments.

Even more unconventional pairings of featured artists go over swimmingly on It Is What It Is. On the mellow and melancholy "Fair Chance," Thundercat sets the stage with swirling, bright bass riffs over atmospheric synth effects and lo-fi beats, before two guest appearances from two very different artists: R&B singer Ty Dolla $ign and comedy rapper Lil B. Surprisingly, both deliver bittersweet, melodic and dramatic performances, despite Lil B's prolific catalogue of outlandish meme rap.

Although the strange assortment of guest performances is definitely one of the album's selling points, It Is What It Is truly shines when Thundercat is singing and playing songs so goofy and earnest that they could only come from him. On "Dragonball Durag," Bruner plays the role of a love-struck geek, trying to seduce the target of his affection by displaying his anime-themed accessories. Over a lush mix of warm bass, bright keyboards, soaring harp and more of Washington's beautiful saxophone, Thundercat undercuts the sultry funk of the instrumental with his flirtatious lyrics, featuring clueless pickup lines like, "I may be covered in cat hair, but I still smell good."

But when he's not indulging in oddball self-deprecation, Thundercat sings and plays some pretty confessional and powerful songs. The closer and title track opens with Bruner crooning his bittersweet meditations on life and death over a psychedelic blend of jazz guitar and bass licks. Then the track shifts tone when he sings, "Hey Mac," and the song dives into an instrumental tribute to the late rapper and former-collaborator Mac Miller, building to a grand and bittersweet climax with shrill keys, bustling drums and thickly layered strings.

It Is What It Is might sound like a mess at first, with its list of bizarre features and dramatic tonal shifts, but Thundercat's focus on straight-forward songwriting, catchy riffs and endearing lyrics keep the album engaging and accessible. If you need some chill music to raise your spirits while hiding from the end of the world, Thundercat's fourth wacky album will do the trick.