By GLENN ASTARITA
January 22, 2014
Sign in to view read count 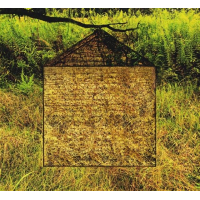 The Louisville, KY octet Liberation Prophecy doesn't record that often, but amid other duties, sessions, and educational activities the members realign for their second release Invisible House, following up the critically acclaimed Last Exit Angel (Self-Produced, 2006). Indeed, the band has crafted another winner here. Even though the artists coalesce several disparate genres under the hood, it sustains a distinguished methodology, adorned by Carly Johnson's velvety and at times, sultry vocalizations.

On "Wish I May," the artists interconnect jazz and Americana via Johnson's sweet folk-ish delivery and Wagner's tender acoustic guitar phrasings, but segue into a brassy overture with fiery sax solos. Hence, the band instills quite a bit of depth into its repertoire. And trumpeter Kris Eans goes on a tear by soaring into the red-zone during the multifaceted jazz-rock piece, "Tip Toe." But the artists moderate the pitch on "Consolations," which is rooted on a flourishing arrangement with weaving horns and implied, ethereal backdrops supported by guest pianist Rachel Grimes' ascending chords and drummer Michael Hyman's swooshing cymbals. For the album finale, the artists impart a blossoming progressive jazz arrangement, tinted with faintly executed gospel overtones. Nonetheless, their qualitative outputs rings loud and clear, and for selfish reasons, I hope they make it back into the studio sooner than later.

You; Fortress; Wish I May; Let’s Not Pretend; Invisible House; The Lazy Mist; Tip toe; Death from Above; Consolations; Nova Vite