By Jim Josselyn
November 1, 2001
Sign in to view read count 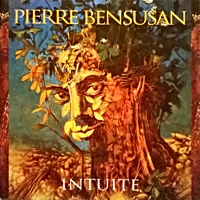 Performing an entire program of solo guitar is quite a challenge. Range, dynamics and tone are some of the inherent pitfalls of the instrument. More classical and new-age folk than jazz, Pierre Bensusan tackles the challenge straight ahead on "Intuite" with mixed results. "Kadourimdou" opens the session with a provocative, bluesy, muted bass figure, percussive slaps and exotic chords. This piece works on a number of levels; it’s cerebral and rhythmically uplifting, while displaying extremely important elements of jazz - improvisation and jazz feeling. Unfortunately these elements are not in abundance on "Intuite". The next two tracks, "The Welsh Arrow" and "So Long Michael" don’t fare as well as the grand opener. The former is a medieval sounding thing dedicated to an archery champion, the latter a tribute to the late, great guitarist Michael Hedges. While they both demonstrate Bensusan’s unmistakable mastery of the guitar, they both sound a little forced, cliched and pretentious. "Bouree Voltige" is a sprightly, joyous dance in three-four time and fully displays Bensusan's soft, warm, even guitar tone and his sensitive touch. Harmonically and rhythmically speaking Pierre is coming out of the classical maestros Bach and Albeniz. That is to say that while this is all wonderful guitar playing, outside of the funky feeling on the opening piece, it ain’t jazz. This wonderfully packaged and recorded session is very suitable for listening to on a quiet Sunday morning with a good cup of coffee and the newspaper. And that’s not a bad thing, just not a jazz thing.