By Eyal Hareuveni
September 25, 2013
Sign in to view read count
Hevhetia Records is a new Slovakian label based in Košice which aims to present the local and East European musical spectrum with a focus on jazz and experimental, alternative music. Since its inception in 2005 this label has released over seventy albums, including recent ones by local pianist Ondrej Krajnak dedicated to the seminal Czechoslovakian pianist Ernest Oláh, marking his 70th birthday, and the Polish duo of double bassist Adam Kawalewski and pianist Piotr Wyleżoł.

These two releases feature the growing influence of the feritle Norwegian scene on the Slovakian one. 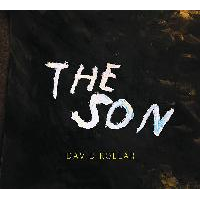 The Son is a personal artistic statement, influenced by the hospitalization of Kollar's son. Kollar wanted to capture sonically his feelings during this painful period and chose a minimal setting—his electric guitar, bowed mandolin, gamelan and female voices, sketching his compositions out of improvisations. He created multi-layered, enigmatic soundscapes, highly cinematic and and emotional in spirit. The fragile, wordless vocals of Lenka Dusilová and India Czajkowska intensify the emotional content.

The pieces are structured as a long suite, accumulating tension, dark colors and shades to the atmospheric ambiance. Kollar's continuous, inventive experimenting with distortion, feedback and raw noises, while making full use of the studio space, adds a deeper, disturbing thread to delicate sonic and vocal textures. These colliding, fragmented sonic poles may symbolize the emotional period that Kollar experienced—the extreme, dissonant sounds stress the peaceful, gentle ones, best captured on the aptly-titled "Fragmented Self." There are a few hopeful moments at the end of this sonic journey on "He Woke Up!" and "Playground at 16:37" that inform of a return to a more balanced, harmonic soundscapes. But even these gentle pieces are still filled with fragile overtones. The enigmatic journey is concluded symbolically with untitled piece of a distant recording of a children playing. 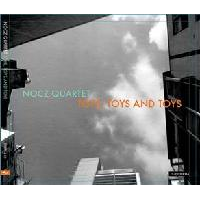 NOCZ Quartet is a promising Czech-Norwegian band that has operated since 2009, led by Norwegian trumpeter and educator Didrik Ingvaldsen, who wrote most of its music, and Czech saxophonist Radim Hanousek. Toys, Toys and Toys is the debut release of this powerful quartet.

NOCZ Quartet is not shy of adding humor to its expressive music, as the introduction of cuckoo clock sounds and gibberish radio voices, as on the hard swinging "Wake Up" and "Sunrise" or the playful childish interplay of "Free Piece." Inglavdsen use of the electric trumpet on "A7," with the volatile, disjointed drumming of Václav Pálka, adds an experimental, alternative rock touch to this piece. "Bistro," the final, slow-burning piece here, enables the quartet to explore the infectious theme and the tight, driving pulse.

Tracks: In the Middle of Somewhere; Shine Through the Heaven; Fear and Trembling; Take a Breath in Silence; Today at 18:00; Near that place; Fragmented self; In the boundary of contingency; Near That Place Again; Mothers Imploring Sight; In the Middle of Something; He Woke Up!; Playground at 16:37; Untitled.