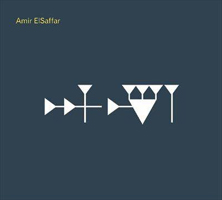 Brimming with complex formal underpinnings, the esoteric nature of ElSaffar's concept embellishes, rather than constrains, his engaging compositions' rich mosaic of sound. The majestic opener, "Dumuzi's Dream" and spellbinding travelogue "Journey to the Underworld" convey the narrative drama of Inana's death and re-birth myth—realized through impassioned instrumental interludes that transpose fantastical tales of revenge and escape into exhilarating aural panoramas. The goddess' contradictory nature is sonically represented in the celebratory portrait, "Venus, the Evening Star," by ascending and descending modes separated by a quarter-tone, while the abstruse march cadences of "Lady of Heaven" use the same modes in the form of lush chords to convey her legendary beauty.

Although the fusion of Eastern and Western musical concepts can be traced back to postwar experiments with modality, numerous strides have since been made towards finding the common ground between such seemingly disparate traditions. Gracefully poised between two worlds, Inana builds upon ElSaffar's previous accomplishments, establishing an impressive precedent for the creative possibilities of a new global jazz aesthetic.