Home » Jazz Articles » Mike Reed: In the Context of

Mike Reed: In the Context of 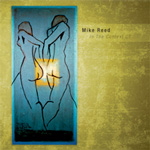 Pure improvisation can be a challenge for both musicians and listeners. With no compositional road map, the players must enter into a compact of attention and belief that's largely process-based—after all, no one knows where the music's going to go. If they do, they're not improvising, they're assembling already-played licks on the fly. Then there's the question of the listener. In a public performance, an audience member can be pulled into the musical process, or they can feel they're sitting unhappily in the middle of a conversation they cannot penetrate.

Take that live challenge of including the audience and triple it for the recording process. At a live show, you've paid to get it, you're there; in a sense, you've chosen to involve yourself in the improvisational event. Listening to recordings isn't really that much of a commitment. That's why records of all-improvised music have to be very good indeed to connect with the listener.

The pieces vary according to the instruments and tendencies of the musicians duetting with Reed, and the CD is wisely sequenced to stagger the different combinations: Parker/Reed, Baker/Reed, Mitchell/Reed, and so on. There's chemistry behind all the pairings and a decided lack of following on the part of the players.

"1 combines Reed with Parker, whose playing here is more about the degrees of metallic crunch or grind that are attainable from the electric guitar, and is essentially non-idiomatic, unless that idiom is "Derek Bailey." It's still gorgeous—and like much of this recording, the pleasure's all in the details of sound, in the variations in texture of cymbal, snare and string. "2 seems as sonically centered, but a closer listen reveals a song-like shifting of rhythmic emphases between Baker's synthesizer and Reed's percussion. Reed's clattery free playing shimmers over Baker's long, static buzzes, only to shift into a more static, rapid pattern as Baker goes into a blorping melody.

Still, the finest moments are those with Mitchell, whose gift for spontaneous song—and really, anything she plays is a song—is in full evidence here as unformed potential blossoms into melody and structure (and on "3 and "6, spontaneous and rather brilliant suites) within seconds of the opening seconds of the three pieces she's on. "8 culminates with Reed's abstract snare rolls morphing into an outright polyrhythmic groove that's light, dancing and perfectly attuned to Mitchell's mood.

The shuffling of Reed's duet partners in the sequencing and the album's brevity—eight pieces adding up to an old-school LP-length forty minutes—make In the Context of a notably accessible all-improv collection. Meanwhile, the leader's presence and focus—he remains a stunning and imaginative player—keeps it from being an incoherent free-form mix tape.