BY ANTHONY SHAW
November 28, 2013
Sign in to view read count 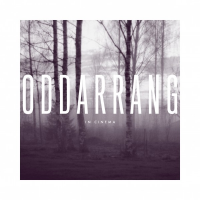 The third album from this Finnish, drummer led quintet is something of a departure from its predecessors, not in its participants, its ethos nor its strong visual imagery, but in the balance between the components. With only occasional use of powerful rhythm, both earlier albums bore a sparse and principally acoustic feel on the long, even rambling, instrumental pieces.

The development of guitarist Lasse Sakara's taste in electronics may help explain the current change, although the credits are again all (but one) ascribed to the leader Olavi Louhivuori , whose musicality obviously extends beyond his drumkit. As before, in the final mix his band members have a far more prominent role than he does, making for luscious harmonies between cello, trombone and synth. The feeling is again predominantly sparse, but the colours are more treated than before. However when the vista and volume open up, as on many tracks they do, it feels more than expansive.

Indeed the overall lugubriousness and echoing lead lines sound distinctly progey in places, pushing the limits of ethno-jazz into which category the band normally have been squeezed. Comparisons with Sigur Ros as well as Ennio Morricone have been made with justification too but, as the live reviews suggest, this band have a flexbility that makes the album content broader than might be expected.

Lacking any liner notes, the inspiration for the tracks remains opaque but one can assume certain cinematographic sources. The Finnish roots suggest bare polar landscapes, and names such as "Cultivate and Contemplate" confirm the introspective mode. This and the following "Journey" both come in at over 11 minutes so, like its predecessors, it is an album to be savoured before swallowing.