By JOHN KELMAN
November 3, 2007
Sign in to view read count 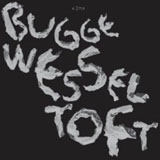 Following a series of releases that, under the imprint "New Conception of Jazz," find the place where improvisation, jazz and dance club beats meet, pianist Bugge Wesseltoft's IM might be considered a significant departure. And significant it is, though it won't be a complete surprise to those who have either attended Norway's Punkt festival, or have either heard the Jazzland Community's self-titled 2007 disc or seen the group in performance. Like Community saxophonist Hakon Kornstad's Single Engine (Jazzland, 2007), IM challenges the definition of what a solo album can be.

There are some relatively conventional solo pieces including "BLACK PEARL, makes dream," which Wesseltoft performed on both the Jazzland Community record and tour. At least it starts out that way. Half-way through, as he elaborates and expands on its simple, modal motif, Wesseltoft creates a gentle rhythm by striking his hand on the side of the piano, as he periodically returns to the song's theme. Space is an equal partner, as well, on "deIMAGER," as is a spare melancholy that's more Satie than Jarrett—who, while an undeniable influence, is rarely this economical or ethereal. The title track is Middle Eastern-tinged, with Wesseltoft layering dark-hued melodies over a simple, gently rhythmical left hand pattern, while "Road Home" is a plaintively lyrical closer. In all cases, Wesseltoft demonstrates that drama created through understatement can be just as powerful and meaningful as that created through more assertive means.

Elsewhere, "WY" makes a clear statement about the effects of terrorism global conflict on the innocent. Sampled recordings of Bush, Bin Laden and others are layered over a sorrowful theme, supported by subtle percussion, before becoming more forceful; with dense and occasionally dissonant chords creating just a hint of chaos before returning to Wesseltoft's expression of suffering, where live electronics create a gradually increasing sense of unease. Ethnic voice and hand drum introduce "YOYK," which soon moves into a funky, groove-laden piece that, dominated by Fender Rhodes, is the closest link to Wesseltoft's New Conception of Jazz series.

While the majority of IM is eminently accessible, Wesseltoft takes things into the realm of abstraction on "HIT," where he uses sampling to create a rhythm loop, processed in various ways and moved around the sonic landscape, to provide a shifting foundation for staccato notes created by his dampening of the piano strings. As he does in live performance, he continues to sample himself in real time, creating new loops to build additional layers.

Reverb-processed piano creates a near ambient feel; rhythm loops built from clapping hands and shakers provide soft forward motion; and sampled/processed piano builds a curious foundation for Wesseltoft's calm falsetto. All these and more add up to IM, an album that, like Single Engine, is not without some precedent but, with Wesseltoft's musical imagination and seamless integration of technology, is a solo piano record unlike any other.