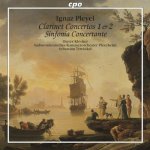 The clarinet did not arrive fully formed in the hands of Alcide Nunez, Larry Shields, and Johnny Dodds for them to provide a schizophrenic counterpoint to the likes of cornetists Joe "King" Oliver, Louis Armstrong, and Bix Beiderbecke. The clarinet has had a prominent place in concert ("classical") music for more than 250 years. The instrument originally evolved from the Baroque chalumeau, an instrument similar to a recorder but possessing single-reed mouthpiece like the modern clarinet (though lacking its register key).

At the beginning of the 18th century (and the Classical era), a German instrument maker named Johann Christoph Denner modified the chalumeau by converting one of its keys into a register key to produce the first clarinet. The original Denner clarinets had two keys, playing a chromatic scale. As the instrument grew in popularity, various other makers added more keys to get improved notes, easier fingerings, and a slightly larger range. The classical clarinet of Mozart's day typically had eight finger holes and five keys.

Speaking of Mozart, he was responsible for composing perhaps the two finest pieces for clarinet in all of the 18th century, his Clarinet Concerto in A major, K. 622 and Clarinet Quintet in A major, K. 581. From listening to much classical programming, you could believe these are the only Classical (with a capital C) compositions for clarinet and strings. But nothing could be further from the truth. All of the major composers—Bach, Mozart, Beethoven—had friends, colleagues, and competitors in the music arena.

Pleyel was born in Rupperstahl, Lower Austria, son of a schoolmaster. While young, he studied with Johann Baptist Vanhal, and later and more extensively, Joseph Haydn (a fact readily apparent in Pleyel's strings compositions). Pleyel published his first clarinet concerto in 1799.

Originally scored in C major (so the same score could be used in a concerto for flute and cello), Pleyel allowed it and his other clarinet pieces to be scored in B flat (the key of the standard clarinet). In style, Pleyel's first concerto is two full parts Haydn, one part Mozart and one-half part Beethoven. Pleyel has a certain sweetness to his melodies, one easily tempered to the transcendence of Mozart and the depth of Beethoven.

All of this in the capable hands of Dieter Klocker, clarinetist extraordinaire. Long an advocate of little-heard 18th century clarinet music, Klocker has made a career of seeking out and recording the genre. His previous recording of Pleyel compositions, Octet & Trios recorded with his Consortium Classicum (CPO, 2000) is uniformly fine.

The classical catalog is far larger than the average listener might imagine. The contemporaries of the great masters are themselves masters deserving of attention. Ignaz Pleyel is no exception. When the listener finally tires of Mozart's pieces or Beethoven's trios, Pleyel is here to delight. And, Pleyel is only the beginning.