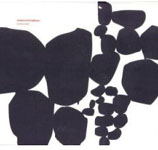 Two young and significant members of the Norwegian improvising community—one, a percussionist who has played with everyone from saxophonist Iain Ballamy's Anglo-Norwegian free group Food to pianist Bobo Stenson's Parish Quartet; the other, a player who has worked with everyone from guitarist Terje Rypdal to Supersilent's trumpeter Arve Henriksen and drummer Jarle Vespestad. Percussion, keyboards and electronics, recorded live without the safety net of overdubs and retakes. The result? Percussionist Thomas Strønen and keyboardist Ståle Storløkken's Humcrush , an intriguing mix of groove, noise and ambient.

What is clear from the get-go is that, while improvisation is a fundamental here, this is clearly music with a purpose and a sense of logic. On "Acrobat" Strøen builds a loose-yet- approachable groove as Storløkken layers a simple synthesizer theme that gradually evolves, with the sound treated, fed back and looped to create a thicker texture. On "Sport 'n Spice" Strønen's kit is used to trigger all manners of noise, white and otherwise, still developing an accessible rhythm that gives le Storløkken a foundation for a bass line that might, under other circumstances, be considered funky until Strøen breaks the rhythm up with pauses and odd non sequiturs to give the piece more a sense of compositional development rather than being simply elemental. "In the Cave" is a darker piece, with Strøen developing a dark and brooding, electronically-treated rhythm that is complemented by Storløkken's intelligent use of space and ambient timbres.

It is this sense of pulling ideas out of the ether and developing them into miniature pieces with an inner logic and sense of continuity that makes these nine improvisations so compelling. Strønen may have a sound that is influenced by British drummer Tony Oxley, but his playing, even at its busiest, is less cluttered, less clangy. And Storløkken has a thematic sensibility that seems to be in perfect synch with Strønen's evolutionary approach.

Humcrush is an album that could only have come from the Norwegian scene, with precedents including the more disturbing textures of Supersilent, the groove-centric work of artists including Bugge Wesseltoft, and the more atmospheric sounds of Eivind Aarset. But equally there is a lineage to Joe Zawinul and especially Sextant and Crossings -era Herbie Hancock. Still, Strønen and Storløkken manage to take these varied influences and create a melange that, with a determination and sense of resolve, demonstrates how music can work on many levels, sometimes demanding complete attention and other times able to blend seamlessly into the background.