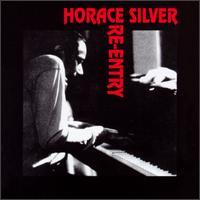 Always a force to be reckoned with, Silver's mid-60s band was consistently adventurous, original, and funky, anchored in the steady rhythms of bassist Larry Ridley and drummer Roger Humphries, and steeped in the passion of Joe Henderson's tenor sax.

In many ways, these recordings are defined by Henderson's inspired playing, as Joe gets many chances to step out, drenching each track with his unique and masterful sound. Henderson and Silver both stretch exuberantly on the band's signature hit, "Song For My Father," which actually surpasses the studio version in sheer excitement. There are two different versions of "The African Queen," both imbued with a hypnotic intensity that escalates with every note of Woody Shaw's trumpet. On "Que Pasa," Silver plays with subtlety, darkening the mood with gentle strokes of the keys.

Trumpeter Carmell Jones shows such authority on "The Natives Are Restless Tonight," that it is a wonder he did not attain greater levels of recognition. All of the five tracks on this CD are fairly lengthy, giving the band ample room to stretch.

The only tragedy is that none of the songs are allowed to end naturally, and the premature fade-out of Silver's solo at the end of "Song For My Father" is really frustrating. Nevertheless, this recording features the Horace Silver Quintet playing near the peak of its powers, and is easily recommended.