A variety of AAJ-branded items are available both for the partisan and for the rare individual for whom the round AAJ symbol is soothing, almost like a mother.

Recently, your Own Personal Genius and the award-winning Queen of Plum Creek were guests in the beautiful home of our friends "McArthur Parke and "Special Kaye M. After enjoying a display of true Southern hospitality, we naturally wanted to give them a small token of our gratitude but found ourselves up against the age-old poser of what to give someone who seems to have everything. My usual standbys, canned vegetables or hardcore pornography, hardly seemed sufficient.

Our friends, of course, are cultured and highly educated. Parke is my second favorite university administrator (after University of Notre Dame Provost, and my doubles partner in the upcoming World Series of Beer Pong, Dr. Thomas G. "Go-Go Burish) and Kaye will be my attorney of choice when I go after those lying bastards at the Chinese buffet who say "all-you-can-eat but apparently don't mean it when it comes to me.

But as erudite and refined as our friends are, sadly, their appreciation of Our Music is pretty much confined to the kind of jazz that usually ends up as background music in those movies where the sassy yet neurotic heroine meets the guy of her dreams but a series of misadventures keeps them apart and eventually she just decides to go back to grad school but just as she's getting ready to leave Mr. Right shows up at the airport with Chuck Mangione who plays "A Kiss to Build A Dream On over the PA and we all believe in love again if only for a moment until we get to the lobby and realize that someone has ganked our cellphone.

With the holiday season upon us, and myself on a personal hunt for a perfect jazz-themed gift, it seemed the perfect time to combine my obligations as the Dean of American Jazz Humorists® and as an appreciative houseguest to tear off a half-assed holiday gift guide designed to score some promotional swag for Admiral Ricci and myself, and get me away from the computer in time to take advantage of 35¢ Wing Tuesdays at Buffalo Wild Wings.

Since I myself am in the market for gifts to introduce the neophyte to jazz, I'll begin with that category: Although I have almost made a cottage industry out of poking fun at Ken Burns' much-discussed documarathon Jazz, it can not be denied that his 20-hour study of the origins and development of Our Music is a great starting point for the neophyte. The DVD box set remains a nice—if pricey—gateway to jazz. However, don't forget your responsibility as a jazz lover to provide context and counterpoint to Burns' sometimes narrow viewpoint. For instance, you should be on hand to point out to the impressionable newbie that Louis Armstrong did not invent the trumpet and Duke Ellington could not, in fact, fly. 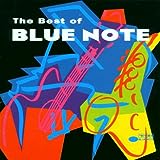 There are also a wide range of Ken Burns' Jazz-branded products, from books to CD's to salad dressings (try the Pop's Peppercorn Parmesan or the Miles' Mandarin Ginger), that may be more economical yet dependable gateways to Our Music.

Another economical alternative might be The Best of Blue Note, the CD release of an LP that was one of the first mileposts on your Own Personal Genius' journey into jazz. Though relatively narrow in scope, encompassing about a ten year period, it nevertheless captures some of the best tunes from one of the greatest periods in all of American music. Accessible even to the untrained ear, it is difficult for all but the most intransigent to come away after hearing "Blue Train and "Moanin' without at least a little love for jazz in their hearts.

For the more advanced jazz fan, there are a multitude of little goodies that are sure to be well-received available right here on AAJ. A wide selection of jazz posters are offered in partnership with art.com. A previous association with artcarney.com failed to produce anything but a surplus of silly Ed Norton hats. Jazz CD's are available from a variety of sources, from Jazz Loft to Tower Records, since our previous go-to web retailer (www.felloffatruck.mob) was shut down by those pesky RICO statutes. And a variety of AAJ-branded items are available both for the partisan and for the rare individual to whom the round AAJ symbol is soothing, almost like a mother.

For the überfan, and the deep-pocketed, there is the 8-DVD Complete Jazz Casual Series. One of the first TV shows devoted to jazz (along with the ill-fated sitcom Bebop-A-Luau, which starred Dizzy Gillespie and Troy Donahue as jazz-loving surf bums in Oahu), host and legendary music critic Ralph Gleason showcased some of the most notable artists of one of the most amazing eras in jazz history. One of the few opportunities to see John Coltrane perform live without having to resort to psychic mediums or mescaline.

As a Coltraniac (if that wasn't a word before, I get credit for it), 2005 brought several tremendous discoveries. One Down, One Up: Live at the Half Note is a 2-CD set that catches Trane live with his classic quartet as his explorations into the uncharted territories of Free jazz were at their most exhilarating. At Carnegie Hall was another unearthed treasure, capturing Coltrane with the Thelonious Monk Quartet at the storied venue for the first time apart from several abbreviated bootlegs and a similarly-titled but unrelated recording At Carnegie Deli (worth the price to hear Monk try to order the hot tongue platter without giggling).

And speaking of Coltrane, in the wake of the 4-CD set of his 1961 gig at the Village Vanguard (released in 1997) comes Bill Evans' The Complete Village Vanguard Recordings, 1961. The 3-CD set catches the renowned pianist during one of his greatest live performances, with perhaps his most complementary supplement of sidemen. What are the odds that a single venue could produce two such historic live recordings in the same year? Vegas says 12:1, but what the hell do they know about jazz?

If you know anything about me at all at this point in our relationship, you know that I am passionate about two things: jazz and baseball. If someone on your gift list feels the same, you may find yourself at your wits end trying to find a gift that combines the two pursuits. Forget the recent tribute to Barry Bonds, I Blame All of You, even though it does feature Fathead Newman with Big Head Todd and the Monsters. Shout! Factory has released The Great American Baseball Box, a 3-CD set that combines Our Music with the National Pastime. If only they could find a way to include beer and kosher hot dogs, I wouldn't have to leave the 'Dome till April.

You've also probably deduced in our time together that I am also passionate about the components of the Good Life that I believe contribute to the overall jazz lifestyle. Foremost among these is alcohol; or, as it is known around the 'Dome, "liquid talent. While most of the staff and contributors of AAJ are wine snobs, manifested in the AAJ Wine Club (which meets during 7th period in the cafeteria, alternating Wednesdays with C. Michael Bailey's study hall), it should be well known to even casual readers of this column that I am in the minority of beer aficionados. Thus, I recommend wholeheartedly Michael Jackson's Rare Beer Club. Jackson (not that one, the non-creepy British one) shares my love of Belgian beers, and membership in his club will certainly broaden the horizons of even the most dedicated ale hound.

So, kids, that ought to be at least a start on your holiday shopping. From all of us at the 'Dome, we'd like to wish you all a wonderful holiday season with all the joy and blessings federally allotted for your tax bracket.

And to all a good night.

Looking forward to the new year, 2006 looks to be a great year both for the Guide and for AAJ. Frequent whipping boy Brad Mehldau will finally get his day in the sun as will the man with the most fun-to-say name in jazz today, Kurt Rosenwinkel. Your Own Personal Genius will plum the rich depths of his Appalachian heritage for the parallels between Our Music and bluegrass. And as Senator Ricci and I renew our annual Baltimore summit and maybe finally get in a full nine innings of O's baseball, I'll offer a helpful guide to the game I love and why the hell you should care. All this and more, on the way.