By Dan Bilawsky
September 1, 2012
Sign in to view read count 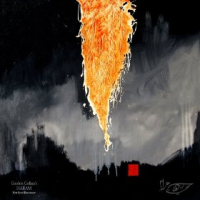 Vancouver-based oudist/guitarist Gordon Grdina has been bending genres and creating East-meets-West contexts for his instruments for quite some time. He put his own spin on modern jazz with Box Cutter, melded outré twentieth century chamber ideals with Arabian themes with the East Van Trio and created a Persian/Arabian/Indian hybrid with Sangha. Now, Grdina turns his attention to folk themes and popular music crafted by Iranian and Egyptian artists over the past century with this exciting dectet.

Haram, which means "forbidden by Islamic law," fuses left-of-center mannerisms with hardcore jazz soloing and vocals; then, it's all layered atop a bed of percussive, Middle Eastern musical ideals. This music may indeed lack acceptance in Islamic circles, but there's nothing terribly sacrilegious on the surface. Grdina continues his long term task of promoting cross-pollination between musical cultures in his own work and he does a splendid job with his the arrangements, choice of personnel and oud playing.

The possibilities seem almost endless with a mixture of oud, trumpet, tenor saxophone, clarinet, violin and rhythm at hand. Multi-horn melodies leap forth with a semi-joyous/semi-sorrowful sound and the mixture of electric bass and drum set with the darbuka and tambourine-like riq creates a sense of rhythmic drama down below. The music balances ensemble interplay with individual space and gives everybody a chance to shine at one time or another. Frenzied front line overlapping ("En Shakawt Al Hawa") and two-man tangles ("Tilli Edhakilo") prove exhilarating, but hearing each musician in their own space is what really helps to establish their identities. The lengthy "Alf Leila Wa Leila," which continually shifts from solo spotlights to group play, provides plenty of glimpses into the inner workings of the individuals that make up this group.

Avant Arabic modernism is at the heart of this music, but Klezmer-ish undertones surface on occasion. Grdina may or may not have intended for this to happen, but the historical and geographical connections between the Arab and Hebraic cultures, complex and painful as they may be, can't be easily avoided or negated in music. Francois Houle's clarinet speaks to the Klezmer soul and Emad Armoush's vocals, while wholly connected to the Arabic world, have a slight cantorial ring to them.

Haram works in the margin that exists between boundary-pushing jazz and popular traditions in Arabian music and they do it well. Hopefully, Grdina will keep this outfit together to further explore this territory.

Raqs Al Jamal (Dance Of Beauty); Tilli Edhakilo (Go Out And Laugh Wih Him); Sharpening; En Shakawt Al Hawa (If You Complain About Love); Alf Leila Wa Leila (A Thousand And One Nights); Sama'i Farafhaza; Ana Wa Habibi (Me And My Love); Laktob Aourak Al Chagar (I Will Write To You On The Leaves Of Trees); Che Mali Wali (Because I Am Abandoned); Longa Farahfaza.