By Doug Collette
May 7, 2021
Sign in to view read count
No less of an esteemed musical figure than Steve Winwood has waxed rhapsodic about the instrumental potential of the Hammond B3 organ. Doubtlessly Chester Thompson and Delvon Lamarr would extol the keyboard's virtues too and neither would relegate their praise to mere words either, at least based on their two albums centered around it. Witness, for instance, how both men declare tacit confidence in the combined efficiency and expanse of the organ by configuring small combos to illustrate its versatility as much or more than the men who accompany the bandleaders. The inspirational quotient even comes through in striking fashion with original material that naturally touts the virtues of the B3 as well as its legacy, without ever succumbing to slavish devotion to history. Virgil Fox got nothing on these guys! 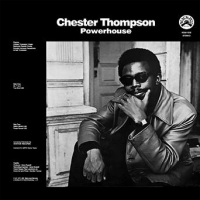 Within the Real Gone catalog are has some genuinely worthwhile nuggets, among which are a handful of Black Jazz titles now including the reissue of Tower of Power and Santana alumnus Chester D. Thompson's Powerhouse. First released in 1971, this qualifies as an EP more than an LP based on its slightly less than thirty minutes duration. But it's quality of musicianship over quantity of the (four) tracks here, beginning, most appropriately for its era, with homage to "Mr. T." Fulsome grooves abound throughout, the nearly unabated insistence of organ accentuated by Raymond Pound's light touch around his drum kit. On the sleek likes of "Trip One," the pair supply stable foundation for flights of fancy from the two hornmen, respectively saxophonist Rudolph Johnson and trombonist Al Hall, a constant swirl of activity that comes through loud and clear across the entire stereo spectrum thanks too Mike Milchner's remastering (money well spent there, though a bit more cash plus care might've been spent on the black and white CD enclosure). Through "Weird Harold" (homage to comedian Bill Cosby in his comedic prime), then on to the title song, it all reminds of the late Joe Zawinul's cryptic observation about Weather Report: "everybody solos and nobody solos." 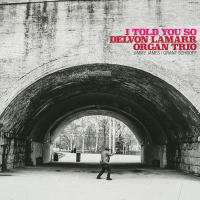 Delvon Lamarr Organ Trio
I Told You So
Colemine Records
2021

The extent to which the Delvon Lamarr Organ Trio builds upon its roots matches that to which Chester Thompson and company hearken to a vintage era. Accordingly, echoes of Jimmy Smith permeate "Hole in One" even as its rhythm-pattern evokes James Brown funk. The implicit nods to pop there turn more overt on "Call Your Mom," as do the diverse strengths of this trio: guitarist Jimmy James leads the band through one round of invention after another, while drummer Grant Schroff dig ever deeper into a groove that likewise sustains the imagination. And without ever sounding derivative, Lamarr and company hypothesize what Earth Wind & Fire might sound as an instrumental combo on "Girly Face," a seamless segue from which into a somewhat more relaxed and thoughtful "From The Streets" underscores how this threesome put tangible thought into the track sequencing of the album. Fittingly, "Aces" finds the trio offering an accessible hook comparable to Booker T & the MG's in their prime before that structure morphs into colorful Hendrixian splendor: versatility is the mainstay of the Delvon Lamarr Organ Trio, no doubt why the textures shifting in so pronounced a fashion across nine tracks belie the number of personnel involved.

I Told You So