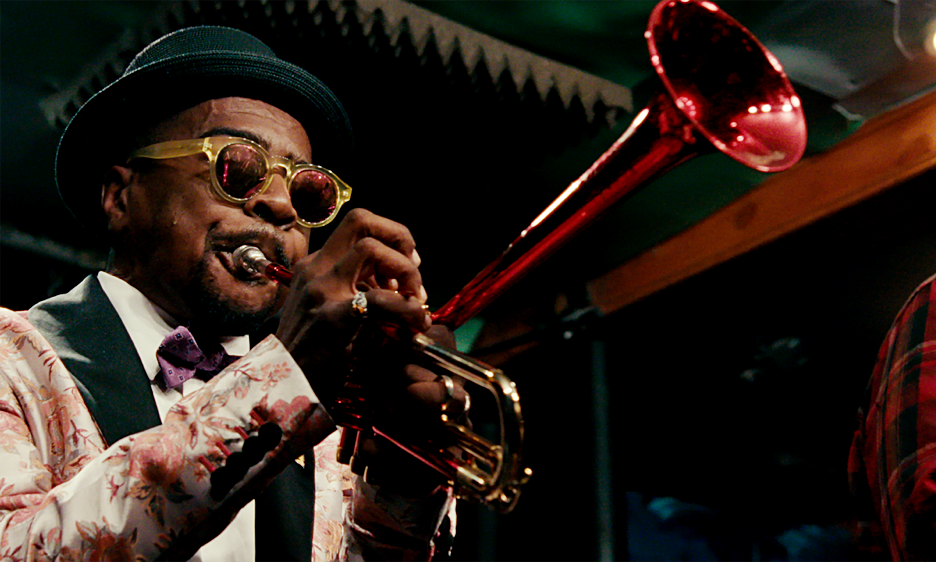 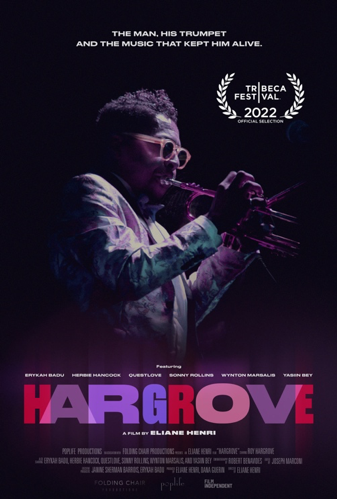 When trumpeter Roy Hargrove passed away in November 2018, after enduring a longstanding battle with kidney disease, friends and fans of the jazz wunderkind mourned what could have been almost as much as they celebrated what was. He was, for many, an accessible bridge to jazz music that curious followers of hip-hop and R&B were willing to explore simply because Hargrove had shown them the way. For others, he was a brother in music who was celebrated for his advocacy and virtuosity as well as his commitment to excellence on the bandstand. So when news of an impending documentary about the last year of the artist's tour life hit social media, it was as if the world would get a second chance to get to know him and appreciate him. But, could anyone ever really know what it was to be a multi-award winning, genre-bending, spang-a-langin' and hard swingin' jazz trumpeter from Texas? There was only one way to find out.

Exploring familiar conversations surrounding what it means to be a Black creative in addition to candid conversations with Hargrove himself along with artists including Erykah Badu (who served as one of the film's Executive Producers), Robert Glasper, Christian McBride, Wynton Marsalis, Yasiin Bey (also known as Mos Def}, Marc Cary, Herbie Hancock, Gerald Cannon, Antonio Hart, and Frank Lacy, HARGROVE offers backstage access to Roy Hargrove during what turned out to be his final tour because, unfortunately, it also turned out to be the final year of his life. Filmed in jazz clubs and music festivals in cities in the United States, Italy, and France, HARGROVE shows the personal sacrifices Hargrove the artist makes in order to bring jazz music to audiences around the world. 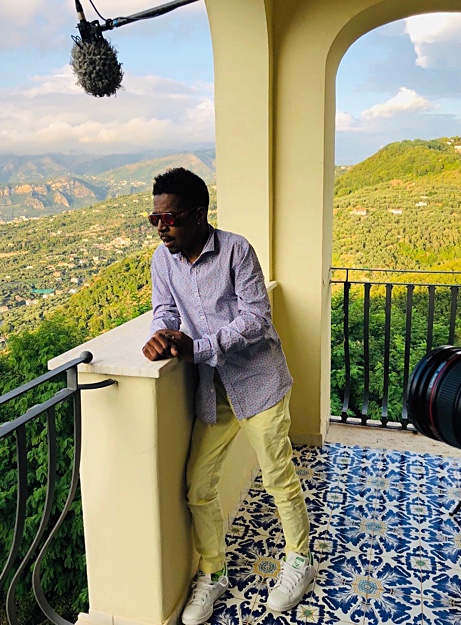 The documentary opens with Hargrove standing in front of the camera on a hotel balcony in Sorrento, Italy. During the interview (Hargrove and the other interviewees are asked questions off camera by the project's director who was also a personal friend of Hargrove's Eliane Henri) he mentions how tired he is from traveling for the tour. That moment on the balcony sets the tone for the rest of the documentary, sparking a conversation about how much autonomy an artist should have over their own life and, subsequently, how much of themselves they should give to their art.

As Henri and the film crew travel with Hargrove from venue to venue documenting his performances and interactions with some of the musicians included in the documentary, she takes an opportunity to introduce a major player in Hargrove's life who also presents himself as a major opponent of the documentary, his longtime manager Larry "Ragman" Clothier. With the introduction of Clothier, Henri exposes a reality that has become all too familiar with artists and that's the caretaker vs. caregiver relationship some managers employ in their approach to managing their clients. According to bassist Christian McBride, Clothier began working as Hargrove's manager when the latter was still a high school student. Up to that point, trumpeter Wynton Marsalis shared that Clothier was known to have worked as a road manager. As Hargrove's star rose; however, Clothier's role in Hargrove's professional affairs increased. Musicians who had performed as part of Hargrove's various bands including saxophonist Antonio Hart, pianist Marc Cary, bassist Gerald Cannon, and trombonist Frank Lacy all shared stories of Clothier handling many of Hargrove's affairs including booking shows, managing money, hiring and firing band members, establishing Roy Hargrove Music, Inc. (the entity that housed Hargrove's musical catalog), and even things like keeping Hargrove out of jail when the musician was charged with possession of cocaine back in 2014.

With much responsibility comes much reward. In Hargrove's case the film briefly touched on whether those rewards for Clothier could have been the reason Hargrove died without a will even though he was arguably one of the most influential trumpeters of his generation. Trombonist Frank Lacy isn't mentioned in any of the film's press, but he offered one of the most provocative and emotional statements about Hargrove's fate.

"A person like Roy Hargrove should have passed away with at least the apartment that he had... a little house outside of New York... and a quarter of a million dollars in the bank... There are creative ways to deal with an artist. Niggas do more than pick cotton. Why do these artists get worked to death?" Could that have been the reality of Clothier and Hargrove's relationship: that of the Caucasian business manager who sank his hooks into the young, talented trumpeter and worked him to death, leaving him with nothing to show for it in the end, not even the inclusion of Hargrove's music in the documentary about his life that he supported? The truth was that no matter what anyone thought of him or what seemed apparent about how Hargrove should have been living when considering all of the accolades and accomplishments that surrounded him, one thing was obvious and that was that no matter how dysfunctional their relationship was, Hargrove loved and trusted Clothier whether he was worthy of that type of love and loyalty or not.

Another of the film's players is Hargrove's obviously declining health. Though Hargrove always cut a slight figure, he appeared smaller than usual on film. Hargrove adorned his swollen face with sunglasses to hide puffy eyes that seemingly stayed nearly closed in well-lit rooms. The trumpeter who had been battling a kidney disorder since he was thirty years old was in desperate need of a kidney transplant, but didn't prioritize the procedure because he couldn't afford to take the time off to recover from the procedure. Instead, he endured years of dialysis. When Henri asked Hargrove how often he underwent dialysis during the 2018 tour, he eventually admitted that he probably received treatments every other day. As much as it seemed that Hargrove was intentionally mistreating himself (he also smoked cigarettes and admitted during a stop in Marseille that he wanted to go out and score drugs), he made it clear that he wasn't ready to die even though the idea of being with God brought him much pleasure.

In one scene, Hargrove and Henri sit in a cemetery conversing about the history of jazz in France. As the conversation progresses, Henri encourages Hargrove to look at the tombstone of a man she identifies as a drummer. Hargrove emphatically yet jovially declined citing, "They're all dead" as his reason. Hargrove eventually leans in and confides "Maybe it's because I'm close to it." The two sit silently beside one another for just a second or two, but this moment offers possibly one of the rarest glimpses of what it looks like when denial and acceptance meet. As much of a giant as Hargrove had been to the world of jazz, the reality was that he had become a shell of himself physically due to years of self-abuse and his failing health.

As personal as HARGROVE feels, there are three areas that could have added more depth to this project: discussion about Hargrove's marriage and family life, words from two of his longstanding quintet members and one of the female vocalists who performed with him most often: Ameen Saleem, Justin Robinson, and Renee Neufville respectively; and a discussion with Hargrove himself about how his life may have inspired the music he created. Considering that Hargrove's wife and daughter founded the Roy Hargrove Legacy project and trademarked the late trumpeter's name (which could explain why the documentary is titled HARGROVE instead of the Roy Hargrove Documentary) and considering that Hargrove's longtime manager tried at certain points to shut down filming of the documentary, some of the omissions are understandable if not disappointing. Griot, inspiration, creative, thoughtful bandleader, intelligent, curmudgeon, loyal, destructive, generous, and now, ancestor, Hargrove's talent was that he could be whatever he needed to be in order to move the music forward artistically and that he could create the boundaries and space that he needed for himself personally. Why do people always leave flowers at funerals and in cemeteries? It's because flowers symbolize appreciation and finality and they give those in mourning an opportunity to express love even when they do not have the words to convey love. Roy Anthony Hargrove deserved his flowers. He may not have died with a quarter of a million dollars in the bank, but thanks to Henri's commitment to seeing this project through to completion, he will be celebrated for all he was for years to come.