By ELLIOTT SIMON
March 3, 2010
Sign in to view read count 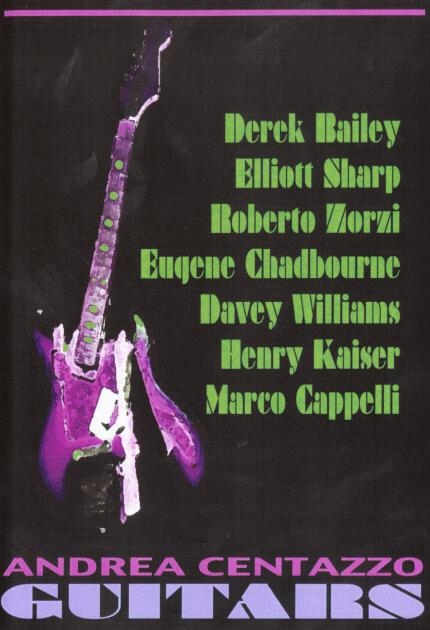 Live improvisation is ephemeral yet creative, a fleeting sonic moment in time that is lost as quickly as sound dissipates through space. Paradoxically, a recording of that same performance is eternally uninspired, each playing being identical to the one before it. For three decades, percussionist/electronicist Andrea Centazzo has been among the most successful at blurring that dialectic.

Centazzo blurs lots of things though and in the process he has amassed a daunting archive of releases, many on his own Ictus label since its founding in 1976, which promote multi-genre, multi-media and multi-cultural free expression. An ancient Balian gamelan is as likely to turn up as a synthesized loop. While some of his works are quite literally cinematic, operatic and symphonic he is equally adept at defining the loosely defined world of free jazz. And although his arenas range from free to through-composed and full orchestration to solo percussion, his duos with likeminded free improvisers are among his best encounters. It is perhaps in his answer to the question "Why Duo?" that his secret to solving the live/recorded dialectic lies: "Duo is...the stimulation of who is listening to you."

ADVERTISEMENT
Guitars is two CDs worth of such stimulation as well as the odd trio with, you guessed it, guitarists. Highlighting the first disc are germinal musical conversations held with Derek Bailey and Davey Williams in the '70s that fit surprisingly well alongside bleeding-edge dialogues with Elliott Sharp recorded just this past year. Disc 2 performs the same time shifting trick with Eugene Chadbourne, as the duo's obvious synergistic quirkiness, so apparent on two pieces recorded in 1980, remains as fresh on "Chacen Three" from 2009. Pianist Anthony Coleman joins Marco Cappelli for a triple-headed summary statement, aptly titled "Back to the Future 3," before bassist Hideki Kato joins Cappelli and Centazzo for the surprisingly beautiful ender "Movement V." Edgar Varèse lives on, the past and present-day improvisers refuse to die.