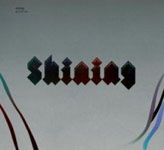 It's hard to imagine, based on Grindstone, that Norwegian group Shining started out as a post-bop jazz quartet. While fellow Norwegian trumpeter Nils Petter Molvaer's current electronica/ambient-based music seems a far cry from his early days with the similarly post-bop Masqualero, there's still evidence of lineage. Shining has virtually nothing to tie it to its jazzier origins. Anyone who heard its Rune Grammofon debut, In the Kingdom of Kitsch You Will Be a Monster, knows that Shining is, in fact, more of an art rock collective now, with a multiplicity of references at work.

Grindstone is not for the faint-at-heart. "In the Kingdom of Kitsch You Will Be a Monster," curiously not on the previous album of the same name, is a head-banging opener with a primal scream vocal delivery that is more metal than prog. Primary composer Jørgen Munkeby layers all manner of sounds over the powerful rhythm section of bassist Morten Strøm and drummer Torstein Lofthus, with keyboardist Andreas Hessen Schei adding to its density. "Winterreise" begins with a frenzy that combines symphonic textures with a punk attitude, but dissolves into a faux classical middle section that's cinematic in its expansiveness.

It's the unusual juxtaposition of color, density and intensity that distinguishes Shining. "Stalemate Longan Runner," co-written by Munkeby and Schei, mixes fist-pumping, irregularly metered metal driven by Strøm's fuzz bass, a surprisingly delicate and ethereal middle section and a passage of riff-based abandon that resolves into a delicate coda that's as acoustic as Shining gets.

Shining is a true collective, where no one instrument ever takes the lead for long. It's also a group with no small sense of the absurd. "Moonchild Mindgames" combines a subdued but carnival-like tone with a cheesy synthesizer melody—but that's precisely the point. "The Red Room" layers multiple saxophone tracks over a jungle rhythm that references both King Crimson and Henry Cow while not sounding like either in a direct sense. It's more the adventurous spirit and energy that Shining have absorbed from these two of its many influences.

The group challenges the listener by creating mini-epics on even the shortest of tracks, providing little consistency in the way of hooks, ongoing melodies or returning themes. Still, the collage-like nature of Grindstone remains an exciting if, at times, nightmarish listen that's a substantial evolutionary follow-up to In the Kingdom of Kitsch You Will Be a Monster.