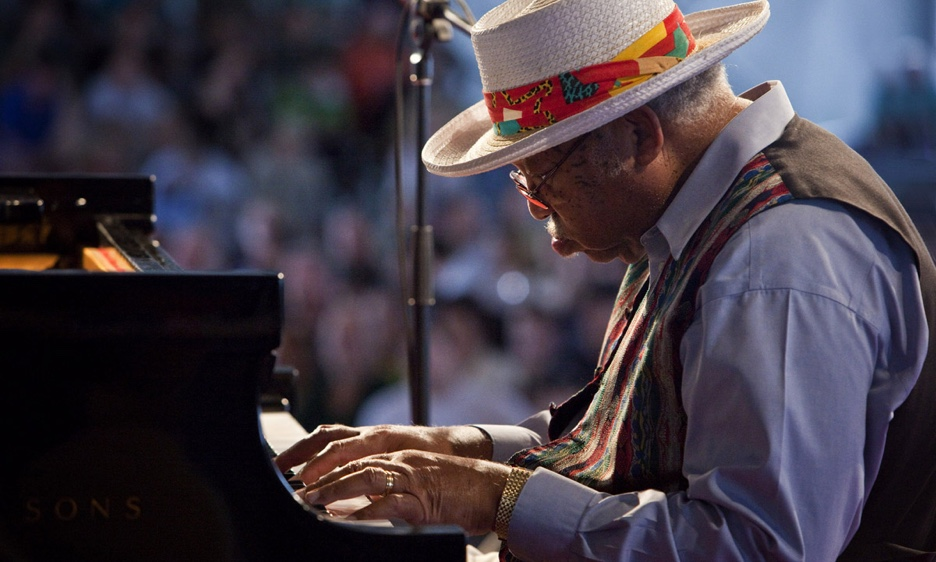 By DOUGLAS GROOTHUIS
April 17, 2020
Sign in to view read count

Ellis Marsalis was committed to jazz, talented in playing jazz and teaching jazz, and inspired many others to follow their jazz muse into the music. Well done, Mr. Marsalis. We will miss you, but we will not soon forget you.

The COVID-19 Reaper has claimed another senior statesman of pianist and educator, Ellis Marsalis, who left us on April 1. He was 85 and died in his home city of New Orleans, which has recently ignited as a hot spot for the menace virus. We will likely lose many senior jazz performers in the coming weeks and months. As the Hebrew Psalmist wrote of God and death.

You turn people back to dust, saying, "Return to dust, you mortals." A thousand years in your sight are like a day that has just gone by, or like a watch in the night. Yet you sweep people away in the sleep of death— they are like the new grass of the morning: In the morning it springs up new, but by evening it is dry and withered (Psalm 90:3-6).

Mr. Marsalis was a well-established musician and mainstay of the New Orleans jazz scene—and beyond—for over sixty years. But unlike many jazz musicians in The Big Easy, he was more of a bebopper than an early jazz traditionalist. Nevertheless, New Orleans embraced him. New Orleans Mayor LaToya Cantrell said in a statement. "He was a teacher, a father, and an icon—and words aren't sufficient to describe the art, the joy and the wonder he showed the world." And he did this as a quintessential jazz man. Earlier this year, Mr. Marsalis concluded a thirty-year residency at the famous Snug Harbor Jazz Bistro in New Orleans—a delightful jazz fixture I have attended several times when visiting there to lecture at a local seminary. Although I have heard his band-leading sons Jason (drums and vibes) and Delfeayo (trombone) perform there, the elder Marsalis eluded me. But perhaps "When the Saints Go Marching In" that will change.

Wynton and Branford Marsalis are Ellis's most renowned musical offspring. Wynton (named after jazz pianist Wynton Kelly) is a well-recorded and celebrated trumpet player and outspoken spokesman on jazz. His comments featured prominently in the 2001 Ken Burns documentary, Jazz. Like his father, Wynton favored big band and bebop jazz and severely criticized jazz-rock fusion, the avant-garde, and other forms of jazz he thought defected from the blessed archetype. In the 1980s, he and Branford (a superb saxophonist) as well as Terence Blanchard, Donald Harrison, Harry Connick, Jr., and Nicholas Payton were part of a tribe of ultra-talented black jazz musicians known as The Young Lions," who advocated for jazz in the tradition of Charlie Parker, Thelonious Monk, and John Coltrane.

Mr. Marsalis, who served his country as a Marine, was Commonwealth Professor at Virginia Commonwealth University in Richmond before returning to New Orleans to teach at the University of New Orleans. He was not well-documented on record before the rise of Wynton and Branford to national acclaim. However, Mr. Marsalis recorded a total of more than 15 albums as the leader, in addition to collaborations with his sons. Wynton Marsalis's web page relates a story of how Wynton's father inspired him to play jazz. At a gig at a small club in New Orleans, Ellis was scheduled to play until 2:30 AM, but "the only spectators left were young Wynton and a drunk."

"I walked up to the piano and said, 'No one is here. Let's go home,'" Wynton recalled. A 25-minute drive to their house awaited. But Ellis didn't budge. "He said, 'Man, this gig ends at 2:30.' I said, 'Man, nobody's in here but me and this dude, and look at him.' I pointed to the guy. It was like a funny scene in a movie. And my father says, 'Man, sit your a— down and listen to this music for the last 30 minutes.' And that's what I did," Wynton said. Ellis's devotion to the gig has guided the way Wynton carries himself musically. "What would make somebody play like that at 2:15 in the morning? I want to be like that," Wynton recalled thinking. "So, that's when I made up my mind that I wanted to represent that aspect of what he was about."

Ellis Marsalis's commitment to jazz in the (likely) birthplace of jazz inspired young Wynton and can inspire anyone to follow their virtuous muse, come what may. It seems that Ellis Marsalis was a father easily and rightly honored as such. His son Branford agreed with brother, Wynton: "My dad was a giant of a musician and teacher, but an even greater father. He poured everything he had into making us the best of what we could be." Sadly, Jazz waned in popularity in American in the 1970s and 1980s as it was displaced by rock and hip hop. The last I checked, jazz made up only 1% of the music market. Commitment to this art form has not been a walk in the park in several decades. Ellis Marsalis was committed to jazz, talented in playing jazz and teaching jazz, and inspired many others to follow their jazz muse into the music. Well done, Mr. Marsalis. We will miss you, but we will not soon forget you.

This article was first published at The East By West.