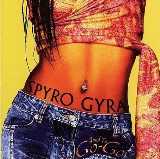 In a way, Spyro Gyra is the Steely Dan of jazz. For most of their years, The Dan was Donald Fagen, Walter Becker and an ever-changing lineup of session musicians. Spyro Gyra started in similar fashion, with saxophonist Jay Beckenstein and keyboardist Jeremy Wall fronting a band they called Tuesday Night Jams. The duo performed on Long Island on Tuesdays with a rotating cast of sidemen. Later joined by teenage keyboardist Tom Schuman, they became Spyro Gyra—a name that began as a joking reference to a type of algae: spirogyra.

Some thirty years later the group is still going strong despite numerous personnel changes. Though Wall hasn't been a member for many years, he continued to be a songwriting contributor until the Grammy- nominated Wrapped in a Dream (Heads Up, 2006). Today, Beckenstein, Schuman, guitarist Julio Fernandez and bassist Scott Ambush are joined by Bonny B (for Bonaparte) on drums, percussion and vocals. And with him aboard, the group continues its exceptional balancing act of moving forward while staying rooted in what they've been about since the 1970s: delivering an eclectic mix of straight jazz, fusion, Latin, blues, funk and even smooth.

Good to Go-Go is packed with about seventy minutes of fresh sounds and lots of energy. Steel pan artist Andy Narell joins for Bonny B's "Jam Up, a reggae track in which the drummer also sings and scats. In a first for the group, violinist Christian Howes contributes to "The Left Bank, an easygoing Beckenstein composition. Easygoing, that is, for a moment. The song picks up very quickly, highlighted by Schuman's piano solo and Beckenstein's soprano sax. The track ends with a free-spirited solo by Howes.

Fernandez penned the aptly titled "Funkyard Dog, a fast-paced song that mostly features the guitarist and Beckenstein, but the other players also make their presence felt. Ambush's "Island Time also features Narell. There's a brief moment in the song when a marimba can be heard, although former member and occasional guest Dave Samuels isn't given any credit. Beckenstein and Fernandez co-wrote the closing track, "Newroses, a play on words. This thrilling closer is a throwback to songs like "Guiltless, "Sunflurry and "Carnaval, when the group ended albums with a bang.

In an era when lots of albums, in the interest of getting more songs played on radio, are filled with songs that are about four minutes, it's refreshing to have a new release in which five tracks are longer than six minutes and only two are less than five. This gives the group plenty of room to play, allowing the soloists to stand out without smothering the supporting cast. Like any good group, Spyro Gyra gives each player time in the spotlight. And even when in the background, the musicians pack plenty of punch, proving that Spyro Gyra is always Good to Go-Go.