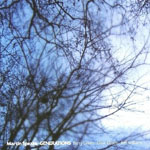 British altoist Martin Speake isn't as well-known as he ought to be, but he may well be the clearest successor to the unadorned, warm-toned approach of the legendary Lee Konitz. But while Konitz has undeniably led a career defined by diversity, Speake has stretched considerably farther, with albums ranging from the Indo- centric The Journey (Black Box, 2004) and uniquely modern, guitar-centric take on Charlie Parker (Jazzizit, 2005), to accessible free improvisation with percussionist Mark Sanders on Spark (Pumpkin, 2007) and original composition with an all-star band on Change of Heart (ECM, 2006). Generations harkens back to his intriguingly minimalist take on standards, Exploring Standards (33 Jazz, 2003), but instead of a saxophone trio turning a variety of well-heeled tunes into concise miniatures, Generations features a quartet that lets the music stretch out further.

Generations refers to a quartet of players ranging from youthful pianist Barry Green to middle- aged Speake bassist Dave Green and American drummer Jeff Williams, who still has plenty of years left in him but is now heading into senior citizen territory. It also references Speake's choice of material—largely well-known tunes that date as far back as "My Melancholy Baby" (1912) and "Jitterbug Waltz" (1930) to Generation's most recent song, the 1957 Van Heusen/Cahn chestnut, "All the Way."

Speake's relationship with Williams dates back four years to a chance meeting at one of Speake's gigs in the UK. Since then they've worked together occasionally in different contexts, and while this quartet is new there's a comfort level and relaxed ambience that feels as though they've been playing together for years. The group kicks things up on the bebop classic "Donna Lee," but takes its good time getting there, with Speake beginning on his own and implicitly defining the tune's changes through improvised melody alone. He's joined by Barry Green for some in tandem interplay before Dave Green enters, with Williams not completing the picture until well into the tune, signalling the quartet to play the familiar, serpentine melody...then bringing things to a full stop, only to begin the same process again but at a brighter tempo. It's a strong example of how Speake has always managed to find fresh ways to cover familiar terrain.

But even when the group is playing with great energy—as it does on an unexpectedly up-tempo opener, "My Melancholy Baby," which starts with a fiery exchange between Speake and Williams—it never seems to break a sweat. A lengthy look at the appropriately triste ballad, "I'm a Fool to Want You," features Speake at his most lyrical, even as he scopes out new corners on an extended solo that's supported with increasing verve by Barry Green, who takes an equally strong solo defined by broad dynamics and nuanced variation.

Generations is a decidedly mainstream effort for Speake, but as ever he's still finding subtle ways to push the envelope. The material may be familiar, but the approaches are new, making Generations an appealing disc that's never short on substance.

My Melancholy Baby; I'm a Fool to Want You; In Love In Vain; I Wish I Knew; Jitterbug Waltz; All the Way; Donna Lee; Just a Gigolo.