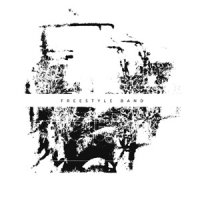 This rerelease was sourced from a mint copy of the original LP, supplemented by two pieces from the same session Warner had on a cassette. As with previous issues, Ed Hazell's informative liner notes provide background on the participants and set the music in its cultural context. They allow a fuller picture of Warner in particular. A shadowy figure, sparsely documented on bassist William Parker's Through Acceptance of the Mystery Peace (Eremite, 1998) and violinist Billy Bang's Outline No. 12 (Celluloid, 1982) and New York Collage (Anima Records, 1978), Warner's keening clarinets are all over these five seemingly improvised cuts. He shows a strong affinity for the falsetto register, wailing emotively with an initially off-putting, wavering tone on B-flat clarinet, but more fulsome and measured on alto clarinet.

At times it seems as if everyone is playing independently of each other. Certainly when Freeman drops out on "Dr. Nunez," the others barely falter in their trajectories. Neither Spigner nor Freeman is well served by the slightly muddy sound, but their combined approach is unique. Spigner uses only hand drums, meaning that even at faster tempos the pace is relaxed and conversational. He handles the bottom end, which leaves Freeman's fat, submerged bass guitar to cruise contrapuntally, often creating a slowly tugging undercurrent without touching on anything which might be expected of a regular bassist. After the first two cuts, one might wonder what all the fuss is about, but everything comes together on the lengthy "Pelican." It begins with a sequence of brief cameos: Freeman's brooding bass guitar, Warner's muezzinian alto clarinet holler, and an extended emphatic turn for Spigner's hand drums. The drummer then settles into a loping cadence and Warner essays a biting melancholy, the journey taking on an epic grandeur before rippling piano coloration from Freeman signals the conclusion.

Freestyle Band is another fascinating artifact helping to fill in a few more of the blanks on the NYC scene at the tail end of the loft era.