BY MARTIN LONGLEY
December 4, 2008
Sign in to view read count 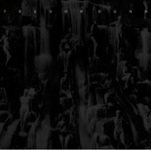 Trevor Dunn is chiefly known as a bassist, but this collection of soundtrack work displays his skills as composer and multi-instrumentalist, either working totally solo or by inviting out a small posse of guest players. Over the years, he's been involved with Mr. Bungle, Fantomas and John Zorn's Electric Masada, among many more, so it's gratifying to observe that Dunn's soundtracking tactics take full advantage of such a diverse background.

Even within his own outfits there are massive contrasts. For instance, try putting this work next to Dunn's Proofreaders, who concentrate on the early repertoire of Ornette Coleman. These pieces couldn't be much further away. The short pieces (they're almost all two or three minutes long, or even less), are lifted from four separate films, but Dunn has shuffled the tunes up to maximize their contrasting approaches (as if they weren't varied enough, even within each flick). The music for White Noise and Glendale Blvd is entirely a one-man affair, with overlaid guitars, keyboards, textures and beats. The pieces from V.O. are virtually Dunn's alone, except when Kenny Wollesen helps him out with an Ennio Morricone pastiche. Other segments are briefly redolent of Angelo Badalamenti and John Carpenter, but Dunn ensures that these are micro-homages rather than full-scale imitations.

It's the music for Dandelion Man that imports a big roster, including Shelley Burgon (harp), Chris Speed (clarinet) and Rob Burger (Fender Rhodes), with the latter pair tossing eloquent phrases back and forth during "Paris Whore." Over the 26 tracks, Dunn engages with compulsively driving riffs, guitar overloading, Santo & Johnny twanging, electro-acoustic wefting and '80s glam clumping (with punk axe insertions and a French recitation from Olivier Conan, of Barbes and Chicha Libre fame). This last tune, "Fire Disco," is a standout and it lasts beyond five minutes too. A few tracks later, there are stark harp shivers, creepy piano plinks, static crackling and a mini pop anthem, none of their host tunes bloating over 3:26. This music doubtless helped out in its original filmic mission, but the divorced and deck-shunted material has now taken on a meaningful life as a new sequence of sound, visually empowered, but cut loose from its old obligations.