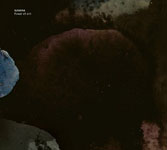 Though it's now de rigueur to interpret material that, on the surface at least, hasn't got a lot going for it, Norwegian singer Susanna Wallumrod has, in addition to her own compelling songwriting, managed to find the fullest depth of experience in music by artists ranging from the more credible Leonard Cohen and Sandy Denny to the completely unexpected Kiss and AC/DC. Her last album, Sonata Mix Dwarf Cosmos (Rune Grammofon, 2007), under the simple moniker Susanna, was a departure from Susanna and the Magical Orchestra's Magic Mountain (Rune Grammofon, 2006) in its exclusive focus on original material, but Flower of Evil returns to a mix of Susanna originals and largely iconic songs of the past four decades by artists as lyrically astute as Roy Harper, Sandy Denny and Bonny "Prince" Billy to groups less-known for their lyrics and more for either superfluous danceability or head-banging hard rock like Abba, Black Sabbath and Thin Lizzy.

But a good song is where you find it, and Susanna manages to turn Badfinger's ultimately forgettable pop hit, "Without You," into a deeply personal and fragile pavane of personal loss that features a vulnerable duet performance with singer Bonnie "Prince" Billy, who also guests on an elegiac and melancholy take of Thin Lizzy/Phil Lynott's more threatening "Jailbreak," while contributing his own simple but profound "Joy and Jubilee."

Flower trims down Susanna's accompanying group from the wide variety of guests on Sonata Mix to just two players, who accompany her spare but carefully placed piano and organ work: drummer/percussionist Pal Hausken, who also provides backup vocals throughout; and guitarist Helge Sten who, using his deathprod alter ego, co-produces Flower—another change in itself, with Susanna adopting the role of co-producer for the first time. Both Hausken and Sten are sensitive and empathic players, but while Flower is largely brooding and introspective, there are brief passages of greater power, as the intro to Susanna's surprising version of Russell Ballard's "Can't Shake Loose," originally recorded by ex-ABBA singer Agnetha Faltskog, briefly approaches density and near noise improv.

ABBA is also included here, with Susanna's mournful reading of the sorrowful plea, "Lay Your Love on Me." Black Sabbath's "Changes" is a more direct song of love lost, while Lou Reed's "Vicious" and Nico's "Janitor of Lunacy" are more characteristically oblique. Susanna's choice of Denny's "Who Knows Where the Time Goes" is an astute one; her own style of singing references the late British folksinger in its paradoxical combination of strength and vulnerability; fragility and an understated ability to draw on greater power when needed.

From Susanna's acoustic tonality to Sten's ambient approach to guitar that, at times, becomes jagged and aggressive, and Hausken's textural, often orchestral approach to his kit, Flower of Evil presents a dark-hued and often bleak view of the human condition. But it's sheer honesty—speaking little but saying much—makes it a stark journey of unexpected beauty and unadorned revelation.

Jailbreak; Can't Shake Loose; Who Knows Where the Time Goes; Vicious; Without You; Dance On; Joy and Jubilee; Janitor of Lunacy; Changes; Wild is the Will; Don't Come Around Here No More; Goodbye; Forever; Lay All Your Love on Me.