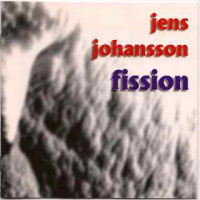 Jens Johansson is joined by, jams with, and fuses expertly alongside his brother, Anders, on serious drums, and guitar virtuosos, Shawn Lane and Mike "Sterno" Stern on this release. Sounds too hot, too frenetic, too "in-your-face" jazz-fusion? Not so. Jens structures it all just right. Let's say the backbeat funk keeps the fun upfront in this fusion-fission fest.

Out of nine tracks, Shawn Lane solos very "Holdsworthian," guesting only on tracks one and four. Mike Stern plays his trademark Telecaster tone in an "Is-What-It-Is" mode on track two, trades licks with Jens and Shawn on track four, and lastly on track six.

This album's gestalt is Jens Johansson flat-out getting down, laying out the grooves, and racing with his brother Anders on drums. Jens provides multi-styled, synth-bass lines like Jan Hammer did in his days with Jeff Beck. Anders tears it up on percussion like a monster rhythm dervish. Jens solos splendidly all over this structure whilst guitarists Lane and Stern add the "icing on the cake" served hot outta Jens' oven.

Fission is for folks who got into Jan Hammer's post-Mahavishnu, boogie-fuze-rock, dug early Chick Corea quirky changeups and tempo, and enjoy Adam Holzman's omnipresent synth-key grooves post-Miles Davis' demise. I liked the basic jazz fusion feel and the driving pulse in all the compositions. Being a guitarhead, I could've opted for at least 30-90 seconds more Stern or Lane in every track but hey, this is a keyboardist's album. I imagine after Jens' years of backing up neo-classsical shredmasterYngwie Malmsteen and playing in DIO, the guitar binge reached its limits. Jens deftly dances all the parts of keys, guitarish leads, cookin' bass heartbeats and comes away leaving an interesting stamp on the listener. "Hey, where was the guitar part? I missed it but that song was awesome without it!" This Jens dude is hot!"

The final bonus 10:45 track, "Beautiful Lung Dogs," is an electronic fever dream meander through alternate universes in the Walter/Wendy Carlos or Morton Subotonick/Varesé experimental daze. Good stuff for Haloween nite or a college music project but 'tis notta groove thang. Overall, I give this CD a strong 8.8 out of 10. Recommended.