Fela Kuti plus Femi and Made Kuti: Challenging Debilitating Corruption with Dramatic Music

BY SCOTT GUDELL
March 21, 2021
Sign in to view read count
It's impossible to neatly sum up Fela Kuti's chaotic life, but a record company bio for a disc of the Afrobeat icon tried: "Fela's life as musician, political activist, rebel, and notorious free spirit has made him a larger-than-life icon of world music: the ultimate political artist who has survived beatings, imprisonment, government assaults and more." Describing Fela's live shows, the bio continued, "audiences were mesmerized by the army of musicians, singers and dancers gyrating onstage." It might sound like company hype, but every carefully chosen word was 100 percent accurate.

Inductees for the Rock and Roll Hall of Fame's Class of 2021 were announced in February. To be eligible, an artist or band must have released its first commercial recording at least 25 years prior to the year of nomination. Fela Kuti is among the finalists. Here is a look at a pair of re-released Fela albums. His sons Femi Kuti (born in 1962) and Made Kuti (born in 1982) have also released CDs available as a double album. 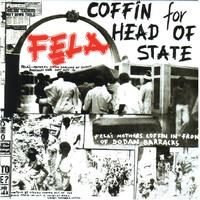 Before Fela Kuti passed in 1997, he released dozens of albums unspooling a barbed wire tangle of incisive lyrics riding on a cacophony of propulsive, hypnotic sounds. Many of the songs pointedly challenged corrupt politicians. African percussion from his native Nigeria, saxophones, trumpets, keyboards, scratching guitars, and more all met at the vortex known as Fela Kuti. His personality was larger than life, and the music—always supporting Fela's call-and-response vocal style—was stunning, addictive, and memorable.

The corrupt Nigerian regime of the '70s tolerated Fela for several years, but his 1977 album Zombie was too much. Fela continued to be a thorn in their side, and the government deemed his music as antagonistic and potentially subversive. The artist held a mirror to the government, who denied what they saw. A 1977 raid on Fela's compound resulted in destruction and the death of Fela's mother. Coffin for Head of State was soon conceived and eventually released in 1980. It's a 22-minute song with a vocal version on one side of the LP and an instrumental version on the flip side (like many of his albums). With this musical indictment, Fela continued his journey away from entertainment and toward education.

Afrobeat, as codified by Fela, drew from deep wells of African percussion fueled by percolating jazz tones and raw funk. Weeping, moaning, and wailing twisted through the lyrics of "Coffin for Head of State." Fela mixed spiritual chants of "Amen " with simplified pidgin English that was more organic than most blues laments. "Them kill my mama, so I carry the coffin," cries Fela as he and and his friends carry a symbolic coffin to the ruling generals' barracks. Ultimately, the vocal side was more subdued and did not achieve the high energy of "Zombie," while the instrumental side rode a wave of mesmerizing trumpets, saxophones, and keyboards escorted by persistent drums. With the lyrics stripped away, a spirited jazz-styled instrumental jam had been fully revealed. 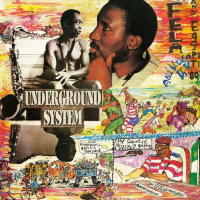 At its core, Underground System was Fela's way of challenging the co-conspiracy activities of military and political leaders in Nigeria and throughout much of Africa. The title song was also an homage to Thomas Sankara, a revolutionary leader Fela admired who was assassinated in 1987 and whose picture appeared on the cover of the LP. Featuring two extended pieces (one per side of the vinyl disc), as usual, Fela had plenty of time to launch a diatribe against the corrupt government of oil-rich Nigeria. The instruments scurried around and wove a complex mesh under his insistent singing, augmented by the persistent chanting of his chorus of ladies in the background.

The second side was consumed by "Pansa Pansa." After an extended pied piper instrumental lead-in, the chorus dutifully joined in and then Fela took over. The song is a lament about the sad state of Africa, about those in power egregiously abusing their positions of power, and ultimately about Fela's lone voice challenging the political poison. Yet another cry to stand up, unite, and to join him in his crusade. 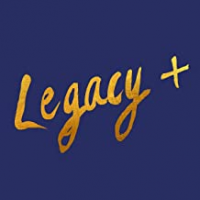 The Kuti family mantra from the beginning has been to both carry on and move forward. Femi began to perform with his father in the mid-'80s, often on keyboards and saxophone, including on Coffin For Head of State. After breaking off on his own, Femi has released almost a dozen albums. Stop the Hate arrived in early 2021.

As with Fela's music, this collection is a kaleidoscope of sounds. Lyrics are distilled to their essence, but the messages are potent, and the opening track sounds as though it could have been written by Fela half a century earlier. There's a charge that the government is wasting citizens' time—and their lives —and that those in control ignore pleas for the basics: repaired roads, electricity, clean water, healthcare, and more. Sadly, one week after the official release of Legacy, the Associated Press reported that "Britain's Supreme Court ruled that a group of Nigerian farmers and fishermen can sue Royal Dutch Shell in English courts over pollution. They brought the lawsuit in London, Shell's home base, because they said the Nigerian courts are too corrupt." Fela would have mournfully lowered and slowly shaken his head.

Femi uses the same mirror his father used and flashes it into the eyes of the pseudo-leaders. Several songs into the disc, Femi pleads with everyone to "Stop the Hate" as he extends a hand to the oppressed. A few songs later, we're exposed to "You Can't Fight Corruption with Corruption." It's a rapid sensory overload. The approach continues to be fast, furious, and frantic and is fueled by roaring horns. It's a call to action and warns that you'll be run over if you don't respond. Government money—the people's money—magically evaporates on "Show of Shame." Only one of the ten songs on Femi's disc exceeds seven minutes, substantially shorter than most of his father's songs. But the compact messages are equally incisive, echo his father's warning, and are equally timely. Femi even offers a cathartic ray of light with several songs including the aforementioned "Stop the Hate" as well as "Young Boy/Young Girl." "Is there hope?" becomes both a question and a wish. 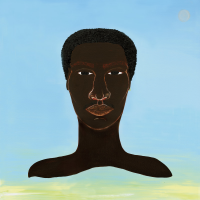 Femi's son is determined to introduce a more modern, progressive sound and style to the music his family helped create decades ago. As with his father and grandfather, Made's pace can be brisk and edgy, yet he can ease into a casual, almost soul-styled sway a song or two later. In direct contrast to Fela's approach of having literally dozens of people participate in recordings, Made breaks from the overwhelming communal approach by performing each and every instrument himself.

Made's emancipation proclamation, "Free Your Mind," opens the disc ,but he then instantly challenges the police a la his ancestors on "Your Enemy." He maintains the family connection on "Blood" as he samples live recorded speeches by his father. "Different Streets" escorts us through the twisted byways, alleys, and neighborhoods of Lagos—which, at 15 million people, is one of the most populated and crowed cities on the planet. Later, Made gives us "Young Lady," a powerful solidarity song for women. Made had stated that there are "no romantic songs [on this album] but there are songs about self-love and reflection." The album clocks in at just over 40 minutes, with only two cuts exceeding seven minutes, allowing the music the time to deliver its messages without overstaying its welcome.

Fela is gone, but Femi and Made carry on. They continue to expose corruption by delivering incisive, timely messages. Listen to the words of three generations and, as they passionately advocate, do what you can to support and strengthen your community. But stay alert, since the next generation is starting to whisper about similar stories of lies and deceptions. False prophets can rise to positions of immense power in any country or on any continent, even in America.

Coffin for Head of State

Tracks: Coffin for Head of State.

Personnel: Made Kuti: all instruments.