By Michael Silver
May 17, 2007
Sign in to view read count
Editor's Note: "Audio High Product Profile" is a column by Michael Silver, resident audiophile and home theater expert for the Mountain View, California audio/video store. Each month Silver profiles one of the store's favorite products for AAJ, and offers special incentives for AAJ readers to purchase products, either in store or online.

Google "ipod moped portend" and you'll find many copies of a recent Associated Press article that predicts the demise of high-end audio in favor of the convenience of compressed digital files. While it was nice to see my name in lights, the reviewer focused on my comments about the downsides to compressed music and unfortunately did not speak at all to some of the options I showed him for getting the most of out your iPod, including the new Fatman iTube from Roth Audio.

While I still strongly contend that the iPod is a moped—compared to the sound you can get out of a CD player (or SACD, or vinyl, or DAT, or actually getting off your butt and going to a symphony or jazz concert)—if you're going to get around on a moped, there's no reason you can't soup it up a little, give it good gas, and maybe put a few playing cards in the spokes. Or shoot flames from the tailpipe...

Jay Rein of Bluebird Music, the US & Canadian distributor for the iTube (as well as many other great products from the UK) did something very devious. He sent me an iTube as a gift. "Here, just try this and let me know what you think." Well, we unpacked it (it comes with white gloves, but I chose to besmirch its shinitude with my grubby, impatient paws) and looked at it for a while. It sure was shiny. But a tube amp for an iPod?

Well, as it turns out, tubes are just what the doctor ordered. It vastly improves the sound of the compressed music on the iPod. Compressed music is easy to spot. It often has a "phasey," harsh quality that ranges from annoying to unbearable.

I was asked to participate in a double-blind study a couple years ago by PC Magazine where we compared CDs with FLAC, AAC, and MP3 files. While MP3 compression was just terrible, AAC was much better, but still a little harsh, and FLAC almost as good as the original CD. Still, all digitally compressed music has some rough edges that yearn for smoothing out. Even CDs (which are, after all, compressed music as well—just a different kind of compression) don't compare to an analogue recording, and companies spend many research dollars finding ways to get as close to the original analogue sound from CDs.

The Trouble with Treble

There are actually two problems with the iPod, and digital compression is only the first. Second, and more troubling, is that there's no way to get the music out in its digital form, so you're stuck using the 29-cent DACs that are built into the iPod. We have a technical term in the industry for the quality and performance of those DACs, and it starts with a C.

Enter the iTube. It looks cool, it sounds great, and it's affordable (only $649).

The iTube's warmth and liquidity very nicely smoothes the rough edges of the iPod's output and makes the music surprisingly good for such a small, inexpensive system. 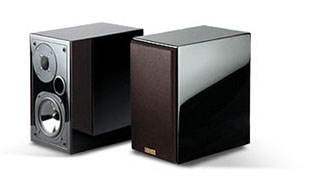 While we like to hook it up in our store to a pair of 94dB Living Voice OBX speakers—and it's a great match—no sane person would couple $9500 speakers with a $650 iPod amp, but too many cups of coffee and we do crazy things at Audio High. We usually recommend the Usher S-520s at $400/pair. These speakers are very impressive for the money and are a great match both visually and sonically with the itube.

Another great speaker option is the Tetra 120U's, featured in a previous AAJ article. Roth Audio also makes a modest pair of matching speakers for the iTube for only $100 more. Or, you can plug in your favorite cans using the built-in headphone amp. There is also a new speaker option coming soon (keep an eye on our web site).

The unit comes in two pieces: an iPod adapter with a wireless remote and the tube amp. The amp has two analogue inputs, so you can also hook up your CD player, computer, or other source in addition to the iPod.

My only real complaint about the unit is the remote. It's build quality is not up to the level of the iTube dock and amplifier, and the button layout is a disaster. However, it's usable, and I guess I'd rather they spend the money on the components that matter to the sound.

The iTube docking unit has an adjustable iPod support so it will easily take any current-model iPod with the connector on the bottom. This is a nice alternative to those plastic adapter pieces that are too easy to misplace or lose.

The iTube is turned on in two steps. First, turn on the amp with the hard toggle switch on the amp. Then you must turn on the iTube dock using the supplied remote. Otherwise you will get no sound from your iPod. Once on, the tube amp warms up very quickly and is ready to play right away. (Many tube amps take some time to warm up properly.)

The amp uses two tubes to provide the smooth, rich sound. The amp also has a third, green tube right behind the amplification tubes. James Roth, the managing director of Roth Audio, put this tube here for fun: "It shows you the music level. The higher you turn it up, the more it bounces up and down."

Roth Audio has other iPod amplification devices, but the Fatman iTube is currently the only one imported into the United States. You can check audiohigh.com or bluebirdmusic.com for updates on new products as they become available in the US.

As always, AAJ readers purchasing products from Audio High receive a special gift along with any purchase. For a complete list of authorized dealers of the Fatman iTube, please visit bluebirdmusic.com.