BY C. MICHAEL BAILEY
November 4, 2019
Sign in to view read count
Track review of "The House of the Rising Sun" 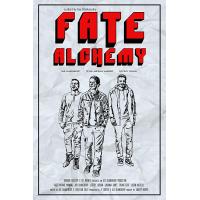 First, this performance does not come from a Pam Taylor recording, rather it is part of the soundtrack for the indy dark comedy Fate Alchemy (Directed by Ace Blankenship, Red Door Artistry, 2019). Taylor, an able guitarist and world-class blues belter steps out of her box, delivers an intensely plaintive and resigned performance of the traditional "House of The Rising Sun," one possessing a 21st Century authenticity not able to be delivered by Eric Burdon and the Animals in 1964, or by any of the myriad renditions provided over the last 50 years.

Supported only by an electronic dirge, Taylor sings the song slowly, allowing her certified Southern Piedmont patois and twang to rule the sad story of a good time gone wrong in NOLA. Darkly colored and deeply hewed, Taylor's performance eskews histrionics in favor of a desolate landscape. The anxious and menacing harmonic drone surrounds her voice, recorded deep in an echo, like a depraved mist bringing nothing more than dread and darkness. This is one of the trickier parts of filmmaking, finding a perfect mood piece to back a particular scene. Taylor meets the challenge with a personal authority and aplomb that betrays a talent that has earned every rough place on it. This performance positions Taylor closer to a well-deserved national level of attention, rather than North Carolina's best kept secret.

The House of the Rising Sun