By Doug Collette
December 29, 2020
Sign in to view read count
Blues Deluxe is a regular column comprised of pithy takes on recent blues and roots-music releases of note. It spotlights titles in those genres that might otherwise go unnoticed under the cultural radar. 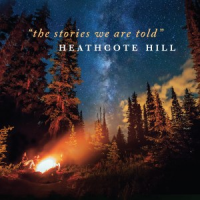 Roots-music artists too often sacrifice personal expression for genre authenticity, but that's not the case with Heathcote Hill. True to the title of this album, the band weaves true-life narratives lent great emotional depth not only by Megan Porcaro Herspring's vocals, but also through music that reflects those genuine feelings. The latter range from a fragile delicacy ("All I Remember Is You") to the kind of robust assertion ("Teddy Ray Blues #34") only a well-grounded sextet could proffer. Further indicative of Heathcote's confidence in its folk/rock/r&b influences are arrangements like "Hey" that maximize the infectious commercial potential without rendering the ensemble's other multiple assets anonymous. The band incorporates more guests (seven) into these sessions than the number of members in the band itself, yet the continuity remains stable throughout the various lineups, proof positive of the indelible stamp of identity embedded on the core combo. 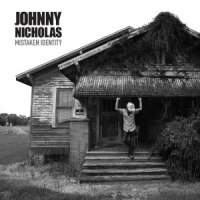 Recorded, mixed and produced by label founder Joel Savoy, the musicianship of the core quartet—aided and abetted by a full ten other singers and players—is ultimately as uplifting as the color photo of the sign announcing 'Holiday" in a big, bright color scheme at the center of this digi-pak. A virtual primer in contemporary roots music, this tenth album of Nicholas' exhibits the various permutations of the blues (not the least of which attribute is a healthy sense of humor); thus, arrangements vary accordingly, so that on a track like "Mule And The Devil," clavinet has virtually as much prominence as electric bottleneck guitar. Meanwhile, "Tight Pants" is piano boogie par excellence. And the artist himself intones all ten of these original songs with a delivery as pliable as it is resolute, an attitude perfectly fitting for the year 2020. 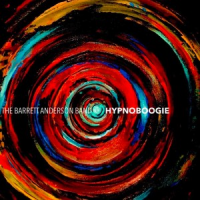 The Barrett Anderson Band is right in its element on Hypnoboogie. By channeling the strength of their musicianship into an uproarious connection with their audience, the group follows in the tradition of that other live powerhouse, The J. Geils Band, in more ways than just covering "Ain't Nothin' But A House Party." Yet BAB, here recorded in concert, also refuses plays to the lowest common denominator of crowd-pleasing or shortchange their technical skills; "The Long Fall" finds the band stretching out luxuriously on the near-fourteen minutes instrumental that's almost worth the price of the album. Bo Diddley's "Mona" and Son House's "Grinnin' In Your Face" proffer more (somewhat) familiar material besides the Boston band's aforementioned anthem, but Anderson and company's commitment on those tunes is comparable to the depth of engagement on their own originals such as "Blind Faith" and "Broken Down." 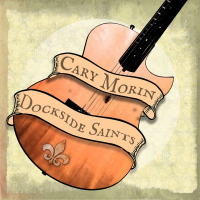 Cary Morin's When I Rise (Maple Street Music, 2018 ) suggested the man is a stringed instrument wizard and Dockside Saints reaffirms that notion. This Crow tribal member homes in on psychic musical territory that focuses not just his estimable talents, but those of his accompanists on this Tony Daigle-produced effort. Yet there's an almost imperceptible increase in the confidence and authority Morin exudes on this sixth album of his, an impression evident right from the outset of the album on "Nobody Gotta Know." That solid stance permeates these dozen cuts, in large measure because Morin's all-original material is fully-formed as both emotional expressions and well-structured compositions: numbers like "Exception to the Rule" not only echo the personal feelings at the source, but, as with "Because He Told Me so," also channel the soulful Cajun/Creole ambiance of the New Orleans region where the LP was recorded.

Mississippi Suitcase delineates how guitarist/songwriter Peter Parcek views the blues as a gateway to other musical styles rather than a finite genre in itself. Accordingly, an appropriately-titled, rambunctious opening cut, "The World Is Upside Down," increases in force as other instruments (such as Tom West's surging organ) enter the arrangement. One of three originals intermixed with tunes by Bob Dylan, John Lennon / Paul McCartney and Lou Reed, those contemporary covers are interspersed with selections closer to the Bostonian's roots , spanning influences comparable in range to the roster of guest musicians that appear here: North Mississippi Allstars guitarist Luther Dickinson, Muscle Shoals keyboardist Spooner Oldham and long-time Willie Nelson harpist Mickey Raphael. Sleepy John Estes' "Everybody Oughta Make A Change" resounds with topicality, while the late Peter Green's "The Supernatural" echoes with the mystical overtones that permeate Parcek's piercing guitar work on these eleven cuts.

The Stories We are Told"

Tracks: All I Remember Is You; Hey; Everything Slipping Away; You And Sunday Afternoon; Teddy Ray Blues 34; The Rising Sea; Elegy For Mary Ellen; Don't Let Go; Tell Me What You're Thinking; Second Chances; The Stories We Are Told.

Tracks: She Stole My Mojo; Mule and The Devil; Spark To A Flame; Mistaken Identity; Guadalupe's Prayer; Wanna Be Your Baby; Tight Pants; She Didn't Think Of Me That Way; Highway 190; River Runs Deep.

Tracks: Nobody Gotta Know; Exception to the Rule; Prisoner; Because He told Me So; Tonight; Jamie Rae; Bare Trees; Valley of the Chiefs; chosen road; Cary's Groove; Blue Delta Home; Come the Rain.

Tracks: The World Is Upside Down; Everybody Oughta Make A Change; Beyond Here Lies Nothin; The Supernatural; Life's A One Way Ticket; Mississippi Suitcase (Slight Return); She Likes To Boogie Real Low; Until My Love Come Down; Eleanor Rigby; Waiting For The Man; A Head Full Of Ghosts.