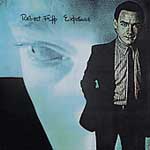 When King Crimson co-founder/guitarist Robert Fripp disbanded the group in 1974, it seemed as though he'd grown tired of being its de facto leader. But he remained active, performing with artists as diverse as Brian Eno, David Bowie, Peter Gabriel, Hall & Oates and Blondie. While listeners who'd lost touch with him after King Crimson were undoubtedly shocked, those who continued following him were not at all surprised when his first solo album, Exposure, was released in 1979.

Although contractual issues demanded that Fripp excise three of singer Daryl Hall's five vocal tracks from the original vinyl release, he was able to include them on a remixed 1985 CD version. This new double-disc 24-bit remastered edition finally puts both versions in one package, along with five alternate takes.

Fripp was one of only a handful of artists to emerge unscathed from the progressive/art rock arena, along with Gabriel and Van der Graaf Generator singer Peter Hammill. With the New Wave movement in full force, Fripp's musical background seemed too studied to fit in with the raw and unschooled approach of a New York scene centered around the infamous CBGB's club. But with Exposure he managed to combine complex ideas with an aggressive punk sensibility.

Exposure is prescient in many ways. The powerful, metrically challenged instrumental "Breathless"—featuring bassist Tony Levin, who would go on to become a member of future Crimson incarnations—provides a clear link between Crimson's Red (Island, 1974) and THRAK (Virgin, 1995). Segueing into the equally complex "Disengage," with Hammill's melodramatic, anguished vocals on the original and alternate takes, the real surprise is on the restored 1985 version, where Daryl Hall sings with unexpected abandon, as he does again on "NY3." The spoken letters of the hypnotically grooving title track predate the same conceit used on "Firepower," from Fripp's collaboration with David Sylvian on The First Day (Virgin, 1993).

"North Star" gently sets the precedence for "Matte Kudasai," from Crimson's Discipline (EG, 1981) and THRAK's "Walking on Air," while the ballsy, blues-based "Chicago," sung by Hammill, Hall and, on the alternate take, Terre Roche, show that the Frippertronics tape looping technique need not be reserved solely for ethereal purposes. Still, on "Water Music I" and "Water Music II"—bookending Peter Gabriel's solo version of "Here Comes the Flood," which is prescient in its own way by referencing global warming ten years before the term was even coined—Fripp's gentle looping acts as the perfect intro and coda.

"You Burn Me Up I'm a Cigarette" is an unexpected piece of pure punk. After the opening "Preface," where Hall's voice is layered in a Ligeti-like interlude, it surely must have shocked Crimson fans to their very foundation. But that's the beauty of Exposure and the main reason why it remains a classic nearly thirty years later. Those who have followed Fripp's career know there's very little off his radar, and Exposure fired a powerful volley into the world showing there was more to Fripp than anyone could possibly have imagined.