By Troy Collins
September 22, 2006
Sign in to view read count 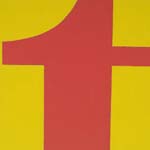 Although soprano saxophonist Steve Lacy passed away in 2004, he left behind an archive of private cassette recordings documenting live concerts recorded from the 1970s up to his final gigs. This live set, recorded at the club La Cour des Miracles in Paris on February 26, 1975, captures Lacy's quintet in all its fiery splendor. This release also marks the beginning of The Leap, a new series dedicated to releasing Lacy's private concert recordings to the general public.

Considering the tape source material, the sound quality here is best described as acceptable, but the performance is absolutely stunning. Rarely has the group sounded so alive on studio recordings. Their residency at the club allowed them the time to expand and explore different strategies for these classic Lacy tunes.

The entire session seethes with an almost uncontainable energy. Lacy is in splendid form throughout, but it is the irrepressible Potts who almost steals the show. Lacy's longtime foil rarely receives the credit he's due. His impassioned playing here should redress this situation once and for all.

Lacy's wife, Irene Aebi, eschews her usual vocal contributions, often considered an acquired taste by critics, this one included. Here she focuses solely on cello or violin, supporting the front line with searing harmonies and assertive textures. Bassist Kent Carter and drummer Ken Tyler provide the quintet's rhythmic foundation. Carter was Lacy's primary bassist throughout the '70s. The lesser-known Tyler went on to play with Cecil Taylor in 1978. Here, they push and prod the ensemble with ever-greater exuberance.

The six tunes that make up the album are all drawn from Lacy's classic songbook, with a few rarely heard outside of this set. Together they make an invigorating experience for those unfamiliar with Lacy's quintet. For those already familiar with Lacy's work, this recording will come as a bit of a shock. Rarely has this level of intensity from this ensemble been captured on album.

Lacy has long been respected as one of the iconic forefathers of cerebral free jazz, and Esteem demonstrates a level of emotional zeal previously unheard on record. If future issues of The Leap are equally revealing, then a potential re-evaluation of Lacy's discography is in order. There may be new classics yet to be discovered.

The Crust; The Uh Uh Uh; The Rush; Esteem; Flakes; The Duck.