By Ian Patterson
October 19, 2008
Sign in to view read count 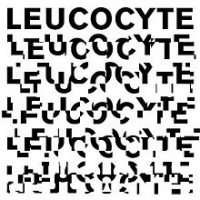 The Esbjorn Svensson Trio's album Leucocyte was to have been a musical turning point in the band's career—marking a before and after. It was a brave leap into territory which the trio had previously only hinted at, and at the same time it probably marked what was to be a point of no return. In many respects this change, and the bold new sounds which don't always make for comfortable listening, are reminiscent of the transformation that Radiohead underwent between the much loved OK Computer (Capitol, 1997) and the experimental Kid A (Capitol, 2000) which divided critics and fans alike.

It would have been second nature to produce another album along the lines of Strange Place for Snow (ACT, 2002), Seven Days of Falling (ACT, 2004), Viaticum (ACT, 2005) or Tuesday Wonderland (ACT, 2006), albums which largely defined the sound of the trio and captured legions of fans with a unique blend of melody, lyricism, adrenalin-charged improvisations and rock-like hooklines. But like the snake which sheds its skin to allow growth, pianist Esbjorn Swenson, bassist Dan Berglund and drummer Magnus Ostrom emerged from their improvisation sessions at 301 Studios, Sydney, not so much rejuvenated as somehow transformed.

The opener, the reflective solo-piano piece "Decade," could almost be a requiem for the repose of the old e.s.t., which began building a real name for itself with From Gagarin's Point of View (ACT, 1999). Ten years on, the second track on Leucocyte, the 23-minute opus "Premonition," serves notice that the band was heading into more risque waters.

Part I, the seventeen-minute "Earth," begins with Berglund's irresistible bass riffs and Ostrom's damped cymbal, which sounds like old spoons, accompanying Svensson's initially gently probing of the keys. Soon however, the keyboard runs build in length and audacity, and when the drums kick in accompanied by background electronic noise e.s.t. is in full flight . The tail of the piece sees Ostrom punch out a repeated machine-gun-burst rhythm for a full five minutes, cutting through Berglund's trademark distorted bowed bass and Svensson's pulsing bass notes; radio noise and static rise in a heady maelstrom of collective sound which dissipates slowly. It is an exhilarating performance, and for drama, outshines anything the band had previously recorded.

Part II, "Contorted," grows out of the electronic sounds which brought Part I to a conclusion, though it has little in common with the preceding seventeen minutes. It treads ever so softly; Berglund's bass line could lull a baby, as electronic noises whizz by Svensson's quietly absorbed playing like little space hover-craft. The gentle melody of this track and the out and out bop of "Jazz" which follows are throwbacks to the e.s.t. of old. The title "Jazz" and its position in the middle of the album between extended experimental pieces call the attention. Perhaps it is a reminder, in light of the music on the second half of the album, that bebop, the most enduring and imitated of jazz forms the world over, was met with incomprehension in its day by a public weened on swing.

Then it is as if e.s.t. stepped outside the spacecraft and started jamming in the blackness and vastness of space. "Still" has a weightless, slow motion feel to it. Single notes or lazy clusters float from Svensson's keys and echo electronically over a slowed-heartbeat of a rhythm. It is a minimal, meditative piece and although the melody is not well defined it is surely one of e.s.t.'s prettiest tunes. It segues nicely into the second solo-piano piece, "Ajar," which acts as a pause before the onslaught of the title track.

The four-part "Leucocyte" erupts with feedback, indistinct recorded voices and a dark, heavy Black Sabbath-style riff on amplified bass. It's not long before Berglund's bow is out, creating ominous soundscapes over Ostrom's drum and cymbals and Svensson's low-register bass notes. With the right hand Svensson keeps a single repeated note riff going, deviating only slightly up and down the board as the tension mounts. Eventually, Svensson builds a run, but with atypical restraint. The contrast between the furious yet hypnotic onslaught from the bass and the minimalism of the piano is a striking one.

A minute's silence, "AD Interim," (part II) precedes the quasi-disturbing piano distortions and world-abandoned ambience of "AD Mortem" (part III.) As an uneasy calm descends, Svensson's piano gradually emerges from the electronic fuzz which had enveloped it, with a simple, repeated motif and the piece in time assumes a spare kind of beauty. The twenty-seven minute-work closes with, "AD Infinitum," (part IV) an other-worldly ambience piece with its wall of white sound and metronomic, distorted, chime-like piano. It is brought to a sudden conclusion by Berglund's bow pulled across the strings of his bass—which sounds like a creaking door swinging shut.

With this, its final studio album before the tragic death of Esbjorn Svensson, e.s.t. was approaching a new musical horizon, one from which the cosmic footprints of Sun Ra could be seen in the distance and where the possibilities seemed endless. It would not be too great a leap of the imagination to picture future collaborations with the likes of electronics musician Kieran Hebden or soundscape artist and guitarist Robert Fripp. Sadly, we will never know. We should instead be grateful for the music e.s.t. gave us, and we can surely look forward in the years to come to a whole raft of musicians inspired by e.s.t. and their nominal leader, the much loved Esbjorn Svensson.