By Eyal Hareuveni
August 10, 2016
Sign in to view read count 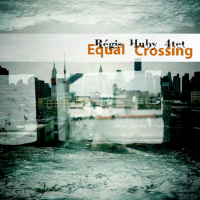 French violinist Régis Huby's solo projects are quite rare. His previous solo album, Simple Sound was released nine years ago (Le Chant Du Monde, 2007), nine years after his debut album, Le Sentiment Des Brutes (Transes Européennes, 1998). Still, Huby is one of the busiest and most original musicians on the French scene, one who refuses to follow genre or style boundaries, a producer and the head of the Abalone Production label. He recorded with several European musicians, among them local reeds player Louis Sclavis, cellist Vincent Courtois, and German pianist Joachim Kühn.

Huby's third release is a concept album inspired by French anthropologist Claude Lévi-Strauss seminal booklet Race and History in which he claimed that "All cultural progress depends on a coalition of cultures" and encouraged the diversity of cultures. The title of the album, as well as the titles of Huby's compositions may be impressionistic metaphors referencing the mass immigration phenomena that all European countries experience in recent years.

Huby's 4tet features guitarist Marc Ducret, keyboardist Bruno Angelini and percussionist Michael Rabbia, all, like Huby, are opinionated, forward-thinking musicians who always attempt to bend and expand musical conventions. All play lead roles as equal partners, their voices intertwined organically as they alternating between acoustic instruments and effects-laden electric ones. The 4tet sonic dynamics sounds at times as visiting atmospheric prog-rock terrains, the fusion pyrotechnics of influential groups as Mahavishnu Orchestra, but charges the intricate compositions with an open, often even chamber-jazz improvising approach.

The album is divided into three consecutive movements. The first one stresses a sense of emotional urgency full of fears and doubt, the second expresses the rapid change of moods and sceneries of the new, daily experiences and the third radiates a more relaxed feeling, still a fragile one of hope and shelter. All are executed with great passion and impressive pathos, emphasizing a sharp sense of invention and imagination and full of moving beauty and elegance.