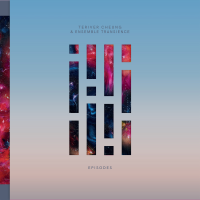 Cheung later reclaimed, recast—and, interestingly, renamed—four of those pieces for fresh recordings, made in late 2017 alongside the specially assembled Ensemble Transience, pairing a four-piece jazz rhythm section with a string quartet, plus two woodwind, two brass and vibes.

Cheung's orchestral writing is both bold and fuzzy, marked by crisp melodies swathed in lush harmonies. We wake to the scurrying strings and warbling woodwind which introduce "Morning Before Departure"; this is the sound of a city shaken from its slumber, but not necessarily thrilled to face the day. Soon, post-espresso, a knowingly kitsch melody floats across the canvas, sporting the outsized otherworldliness of a Guillermo del Toro picture. Around the halfway mark, Cheung's warm-toned guitar takes its first lead turn, unravelling a lyrical solo likely far more composed than it sounds, before a gloomy bass-riff emerges, preceding a melodramatic orchestral eruption.

Cheung's fascination with French impressionism is clear, the work of Ravel and Debussy casting a long shadow over these rainbow textures and patchwork shades. Pat Metheny is another confessed influence on the collection's dazzling, suite-like, 16-minute centerpiece, "Into the Blue," which slumbers towards the ether amid shimmering flute splashes, lurching strings and angular piano chords. A rich, rustic romance presides, but sour-noted horns spurt murmurs of melodic disagreement; the effect is of staring up at clouds, in a self-conscious reverie, which the modern world feels intend on imposing.

Closing the set—and returning the conceptual clock hands to midnight—the noir-ish "Neon" doesn't quite suggest a good night's sleep, rather the fluorescent buzz of throbbing transport and illicit interactions. With sinister Hollywood hints in the brash brass and knotty twists—churning into a searing solo segment which finally unleashes Cheung's ferocious fretwork—this is the sound of staying on the streets too long; of straying too far from home, but never escaping the claustrophobic confines of a tumultuous territory torn between eras and ideologies. A fitting snapshot of the contradictions bubbling beneath "Asia's World City," and a stunning artistic statement from one of its greatest talents.

Morning Before Departure; Stillness; Into the Blue: Neon Intro; Neon.