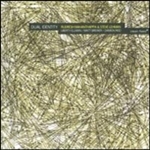 Recorded live at Portugal's Braga Jazz Festival in 2009 Dual Identity features two leading sax innovators—Steve Lehman and Rudresh Mahanthappa—in a stunning performance. Their discographies are synonymous with the current environment of progressive jazz; music that stretches boundaries with fresh ideas in conceptualization (Lehman's spectral harmony experiments in Travail, Transformation, and Flow (Pi Recordings, 2009)) and broad culture awareness (Mahanthappa's unique blend of Eastern and Western music in Apti (Innova Recordings, 2009)). Their bold alto frontline is further enhanced by simpatico partners in crime: guitarist Liberty Ellman, bassist Matt Brewer, and drummer Damion Reid in a recording that does not disappoint. It is a lucid document of what happens when diverse yet like-minded musicians collaborate to deliver cutting edge music.

The compositions are evenly divided among the saxophonists repertoire with fresh reworkings of Lehman's "Post-Modern Pharaohs" from Artificial Light (Fresh Sound, 2004) and "Circus" from Mahanthappa's Mother Tongue (Pi Recordings, 2004). From the former composition's complexity to the latter's intricate shifts in balladry and Indian modes, what is expected from these fierce horn leaders is delivered in spades: labyrinthine runs, sharp patterns and a cerebral quality within heavy grooves. The two horns are animals of the same skin; complimenting one another, not only in tone, but also in playing style, exhibited in the exhausting horn trades in "Rudreshm" as their voices intertwine like vipers in a pit.

But the success lies in the exceptional band effort from all participants. Ellman—also a key member of Henry Threadgill's eclectic Zooid ensemble—is superb where his unique phrasing and staccato soloing on "Circus" is quite memorable. Reid and Brewer do more than just hold the rhythmic line—exacting beats and vivid spots with an elaborate three and a half minute opening drum solo in "Extensions Of Extensions Of" and authoritative bass maneuvers in "1010"—they obliterate it.

The question was asked in an interview prior to the release whether identity was important to each of the leaders in this music. Since 2004, yet in different forms, Lehman and Mahanthappa have been collaborating, developing, experimenting and evolving their identities into this quintet project. Things take time. But it was emphatically worth it.

Visit Steve Lehman and Rudresh Mahanthappa on the web.