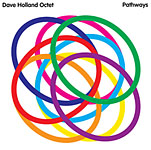 It's been nearly four years since bassist Dave Holland has delivered an album based around his enduring quintet of over a decade. Since 2006's Critical Mass (Dare2), he's released Pass It On (Dare2, 2008) and The Monterey Quartet: Live at the 2007 Monterey Jazz Festival (Monterey Jazz Festival Records, 2009), both featuring ensembles where, for the first time in his lengthy career, the bassist collaborated with pianists. While both discs were as exhilarating and groove-heavy as anything he's done, the inherent chemistry of his quintet—powerhouse saxophonist Chris Potter, ever-inventive trombonist Robin Eubanks, harmonically modernistic vibraphonist Steve Nelson and potent drummer Nate Smith—remains something special, whether on its own or at the core of Holland's big band, last heard on Overtime (Dare2, 2005).

As a happy medium between the smaller, lither quintet and its more expansive big band cousin, the Dave Holland Octet has toured occasionally over the past several years, making a formal release long overdue. Recorded live at New York's Birdland at the beginning of 2009, Pathways also bucks Holland's recent trend with a set list culled largely from the past, but with updated arrangements that take advantage of both the ensemble firepower and solo acumen of additional members Antonio Hart (alto saxophone), Alex Sipiagin (trumpet) and Gary Smulyan (baritone sax)—all members of the Dave Holland Big Band and a larger musical family to which the veteran bassist has been consistently loyal over the past decade.

While the modal "Shadow Dance" has been a part of Holland's repertoire since Jumpin' In (ECM, 1984), with the bassist's chordless, horn-driven quintet of the 1980s, it has never grooved quite this hard, thanks to Smith's ability to be simultaneously frenetic and in the pocket. Nelson's marimba adds a new dimension to a familiar track that features a lengthy, painstakingly built and ultimately climactic solo from Hart that ratchets up even higher when Holland, Smith and Nelson kick into high gear. Nelson has played "Ebb and Flo" before, on the 1996 ECM quartet date, Dream of the Elders, but with four horns to push the melody and provide egging-on support for its soloists—Eubanks, Holland and Potter's particularly incendiary tenor spot—Holland's new, Latin-esque arrangement burns even brighter.

Holland's larger ensemble arrangement of the riff-driven "How's Never?"—originally heard in the guitar-centric context of his egalitarian Gateway trio with John Abercrombie and drummer Jack DeJohnette—is intriguing. Even more so is "Blue Jean," originally a Latin ballad on his World Trio (Intuition, 1995) date with acoustic guitarist (and Robin's brother) Kevin Eubanks and percussionist Mino Cinelu. Here, in a significantly extended version, it is still a minor-keyed blues ballad, but Holland's lush, Gil Evans-like horn arrangement creates an expansive context for a Smulyan's soulful baritone solo, as he liberally quotes the classic "The Shadow of Your Smile" before passing the baton to Sipiagin, whose flugelhorn solo is a combination of serpentine virtuosity and deeply rooted lyricism.

Despite a preponderance of older material, also including Sipiagin's knotty, Brazilian-tinged "Wind Dance"—first heard on the trumpeter's Out of the Circle (ArtistShare, 2007) and, like the original, with vibrant solos from both Sipiagin and Eubanks—there's new material, too. The set opens with Holland's 11-minute title track, another Afro-Cuban, modal workout that gives Smulyan an early chance to shine with a solo that swings hard as it weaves new melodies through Holland's slowly unfolding changes. A lithe yet muscular bass solo leads to a tarter turn for Sipiagin (this time on trumpet) which, as it evolves, reaches into the stratosphere without ever turning brash or harsh. Potter turns to soprano on his own "Sea of Marmara," a gentle, atmospheric track made all the more ethereal by Nelson's shimmering vibes and an early segment where lines are passed around the horns like a tag team, but which, like most tracks on Pathways, turns high octane once the solos begin.

That Holland can find so many ways to exploit the inherent chemistry of his quintet without ever losing steam is, perhaps, one of his most remarkable achievements in a career now in its fifth decade. The octet, like the Dave Holland Big Band, has plenty more color at its disposal, yet never seems to restrict the freedom of its soloists, even as Holland uses the full ensemble for far more than just merely setting up heads that wrap around solo sections. The arrangements are far more imaginative and complex than any by-rote process, yet breathe naturally and accessibly. It's this highly compelling combination that—along with outstanding source material (old and new) and eight uncompromisingly inventive players (all leaders in their own right)—makes Pathways a very welcome addition to Holland's growing discography.