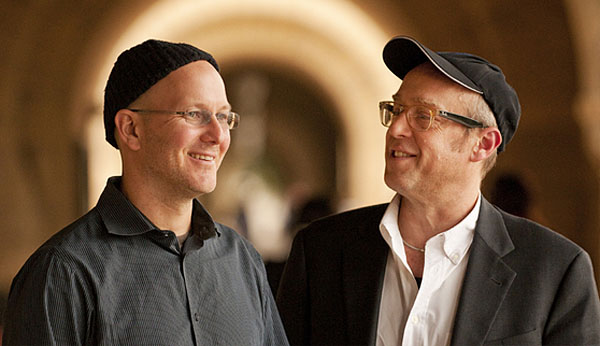 By Troy Collins
September 19, 2010
Sign in to view read count 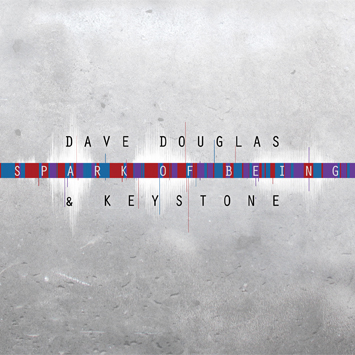 Trumpet player and composer Dave Douglas has risen from the ranks of tenacious Downtown improvisers to become a leading force in creative mainstream jazz in the past decade. Regularly overshadowing perennial favorite Wynton Marsalis in "Best Trumpeter" polls for the past few years, his liberal aesthetic encompasses everything from chamber-like small ensembles to international big bands, with his venerable Quintet and the electric sextet Keystone serving as two of his most enduring ensembles. Initially formed to perform live soundtracks to silent films like Fatty and Mabel Adrift (1915) and Moonshine (1917), Keystone has since grown in scope to embrace more modernist works.

Released in tandem with the 100th anniversary of the first Frankenstein film, Spark of Being is a multi-media project produced in collaboration with experimental film-maker Bill Morrison, best known for his 2002 work Decasia. Morrison's Spark of Being retells the original Mary Shelly story through found images and distressed archival footage, re-assembling old technology via new mediums—paralleling the original tale in both narrative and form. Working with Morrison on a score to accompany the film, Douglas has issued the finished project on his Greenleaf Music imprint in three separate editions, culminating in a comprehensive box set.

While each of the three albums shares obvious similarities, there are subtle differences. The first edition, Soundtrack, comprises long-form pieces edited to accompany the film in real time—the actual film score—an atmospheric confection of supple emotional cues that suits the dream-like narrative of Morrison's imagery perfectly. The second edition, Expand, contains extended performances of the original themes from the soundtrack, arranged in a traditional jazz album format that eschews the programmatic sequencing of the original score. Burst, the third edition, is an addendum of sorts. Consisting of additional variations on the basic themes as well as unused outtakes recorded at the initial session, it re-imagines aspects of the project as springboards for deeper investigation.

Keystone's blend of electric and acoustic tonalities updates and reinvents the Miles Davisian furor of Douglas' recent endeavors with shades of hip-hop, courtesy of DJ Olive's turntable and laptop samples. This futuristic aesthetic sounded slightly at odds when juxtaposed with the pacing and tone of 1915's Fatty and Mabel Adrift, as featured on Keystone's self-titled 2005 Greenleaf debut. Here, in collusion with Morrison's style of editing and film manipulation, Keystone's electronic soundscapes sound more cohesive, more naturalistic.

An often ethereal and intermittently brash combination of moods, Soundtrack veers from the sublime tone poetry of "Is It You?" to the blistering funk of "Tree Ring Circus," regularly interspersed with interludes from the heartbreaking "Creature" motif—one of Douglas' most indelible creations. Sequenced to follow the film's narrative arc, the unaccompanied score occasionally suffers the constraints of sudden transitions synched to scenes from the film, disrupting the organic flow of the music. Devoid of visual cues, the score elicits the standard limitations of any soundtrack—a tantalizing taste of heavily edited longer form pieces. Fortunately, Expand and Burst redress this issue.

Burst pushes the conceptual ideas of the previous two volumes further, conferring a futuristic slant to the original project by alternating heavily processed funk with ambient minimalism. Imparting sonic continuity and stylistic variation, "Tree Ring Vamp" compresses the energy of prior versions into a two minute burst of frantic polyrhythms that spotlight DJ Olive's turntable scratching, while the atmospheric "Creature Discomfort" exudes chill room ambience. An unedited take of "Travelogue" restores Douglas and Strickland's tortuous solos to their original length, eliminating the ethereal coda of the soundtrack version in favor of a pulsating late-period fusion vamp that invokes the past and future simultaneously. A muscular interpretation of "Split Personality" receives similarly aggressive treatment, with the punchy hard-bop of "Vitalism" establishing historical lineage to the jazz tradition.

Despite the remarkable quality of the music, the size of Spark of Being does present certain logistic difficulties for the casual listener. Fans and collectors will be undeterred by three album's worth of similar material, but for the merely curious, it is a somewhat daunting collection—with Expand being the only edition currently available through regular distribution channels. Keystone's 2005 self-titled debut thoroughly resolved this dilemma. A double disc set priced as a single album, it included a DVD of the 1915 silent film Fatty and Mabel Adrift set to Douglas' original score, and a CD of extended improvisations based on the soundtrack's themes. Though the box set of Spark of Being contains some truly wonderful music—some of Douglas' most lyrical in fact—it does not include a copy of Morrison's film. A comprehensive project of this magnitude needs to be seen as well as heard to fully appreciate its scope, which begs the question: How many will have the time and resources to truly experience it in all its permutations?

Spark of Being: Soundtrack

Spark of Being: Expand

Spark of Being: Burst