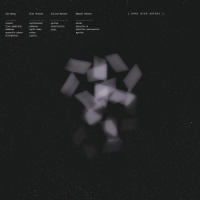 The birth of the quartet Dark Star Safari (named after a 2003 Paul Theroux travel book) dates back to a December 2017 session at the Candybomber studio in Berlin, initiated by Swiss drummer Samuel Rohrer who invited along two Norwegians—sampler and keyboardist Jan Bang and guitarist Eivind Aarset—having previously played with them at gigs including Norway's annual Punkt festival. The open improvisations resulting from the session were examined and then used as the basis of further manipulations. Bang made two important decisions that contributed to the end results heard here: firstly, he decided to give additional shape and colour to the music by singing it, a role he had not undertaken for some years; secondly, he sent the results to his fellow Norwegian, and Punkt band mate, Erik Honore, who helped shape the music and became the fourth member of Dark Star Safari. Given Rohrer's past experience with Bang and Aarset, and the three Norwegians' history together—as on Arve Henriksen's Towards Language (Rune Grammofon, 2017) and Places of Worship (Rune Grammofon, 2013), for example—it is unsurprising that Dark Star Safari is a tight, like-minded ensemble. What may catch some listeners unawares is the prominence of vocals throughout and the shortness of the songs, which vary in length from just under a-minute-and-a-half to just under six minutes, together totalling thirty-eight-and-a-half minutes. The songs' melodies are largely carried by Bang's vocals, with the results of the open improvisations being used for coloration and atmosphere, and Rohrer's drumming giving them a pulse (as heard on the YouTube clip of "Resilient Star," below.) Bang proves to be an accomplished vocalist who employs a variety of voices to suit the content and mood of different songs; at times, his delivery and phrasing have a plaintive edge that is reminiscent of the late, great Scott Walker; and we should not forget that Bang and Honoré have also worked closely with David Sylvian. Aficionados of Walker and Sylvian will certainly find much here to interest and engage them. As a debut album, Dark Star Safari is a clear indication that this quartet has a promising future ahead of them, producing innovative and original music. The prospect of their second album is already mouth-watering.