By John Kelman
December 7, 2004
Sign in to view read count 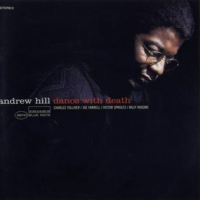 In a little over seven years beginning in '63, pianist Andrew Hill recorded over a dozen albums as a leader for Blue Note, yet it is only in recent years that the importance of these recordings is being recognized. Although he was overshadowed at the time by more eminently approachable pianists including Herbie Hancock and McCoy Tyner, the truth is that while Hill's somewhat more oblique style kept him from reaching a broader audience, time and Blue Note's reissue of several key Hill recordings are painting a picture of an artist who created a complex world of rhythms and harmonies, examining music on the left without losing sight of memorable thematic constructs and clever, shifting grooves.

Groove may not be a word that comes immediately to mind when thinking of Hill, but one listen to the lightly funky "Fish 'n Rice" and the more subtly insistent pulse of both versions of the title track included on the recently reissued Dance With Death and it becomes clear that Hill is as capable of captivating rhythms as he is more complex shifts. His more challenging side is in evidence on the aptly-named "Partitions," where the piece is broken up into discrete segments of varying tempi that still manage to hang together as a conceptual whole. Hill's time sense, with front-line instruments seeming to follow each other as they walk through the complicated theme of the balladic "Love Nocturne" until they eventually converge, is more elastic, less rigid than many of his contemporaries.

Hill's sometimes convoluted compositions could sound clumsy in the wrong hands, but as was the case on '64's classic Point of Departure , Hill has surrounded himself with a stunning, albeit generally less well-known lineup. Woodwind multi-instrumentalist Joe Farrell, who would achieve his greatest success with Chick Corea a few years down the road, was already an established player with a robust tenor sound and a less nasal soprano sound than Coltrane, and would go on to grace Hill's more overtly ambitious '69 date, Passing Ships . Charles Tolliver, whose thick trumpet tone differentiated him from other fine contemporaries like Woody Shaw, never achieved the level of attention he deserved, although he is featured on many fine recordings by artists including Horace Silver, Jackie McLean and Booker Ervin, and released a number of intriguing albums as a leader in the '70s. Bassist Victor Sproles may be the least-known member of the quintet, but he possesses an approach not unlike Ron Carter's and, along with drummer Billy Higgins, the best-known player on the session, he navigates the challenging meters without losing sight of the inherent swing of the material, most notably on "Yellow Violet."

Meanwhile Hill the pianist solos with an intriguing combination of lyricism and odd eccentricity. Dance With Death may not be the unequivocal masterpiece that Point of Departure is, nor is it as monumentally ambitious as Passing Ships , but it comes close—an outstanding small ensemble work that continues to demonstrate what people have been missing and are only now beginning to realize.