Cyrille Aimée: Improvisation Is A Way Of Life

By Leo Sidran | The Third Story
September 7, 2022
Sign in to view read count

Long before singer Cyrille Aimee spent any time on the road she was already a citizen of the world. She grew up in a small French town, Samois-sur-Seine, but says that she never felt fully French. She never felt fully any one thing. Her mother is Dominican, her father is French, and she says that "when you're a mixed culture, you're kind of your own thing."

Samois-sur-Seine is very small but in the 1990s of Cyrille's childhood it did have one claim to fame: it was the town where the legendary french gypsy jazz guitarist Django Reinhardt retired, and hosts an annual jazz festival in his honor. Musicians and fans alike descend on the town for the festival, and because of the ties to Django, some of them are Gypsies (Manouche in French).

Riding her bike through town one summer day, Cyrille had a chance encounter with some young Gypsy kids that would lead to a friendship that ultimately changed her life. The Manouche taught her to sing, taught her to perform, taught her to improvise and see improvisation as not only a musical pursuit but also a kind of life goal.

To watch Cyrille perform is to watch a kind of ecstatic manifestation. She's very physically engaged, her whole body gets involved when she sings. She says that music was originally an extension of dance for her and that since her instrument is her body, dance is still a vital part of her singing. That physicality is part of her charm. She's a natural performer.

But she's also an accomplished singer, dance or no dance. She is naturally in tune with the language of jazz, bebop, funk, and soul. She's a precise and fluent scat singer, technical and soulful at the same time.

Cyrille won awards and accolades along the way—she won the Montreux Jazz Festival Competition in 2007, was a finalist in the Thelonious Monk International Jazz Competition in 2010, and she won the Sarah Vaughan International Jazz Competition in 2012. Her 2019 album Move On featured cover versions of songs by Stephen Sondheim. The album was praised by Sondheim himself and one of its songs, "Marry Me a Little," was nominated for a Grammy Award. And a live stream video of Cyrille on Emmet Cohen's YouTube channel has racked up millions of views.

Aimée released two albums in 2021, Petit Fleur recorded with Adonis Rose and the New Orleans Jazz Orchestra, and I'll Be Seeing You, a collection of duets with her long time friend the guitarist Michael Valeanu.

When she's not on the road, Cyrille has been living between New Orleans and Costa Rica. We spoke about growing up in Samois-sur-Seine, what she learned from the Gypsies, moving to America, how to learn new languages, the importance of confronting and overcoming fear for creativity, how to be honest with the audience, and where to find good cheese. 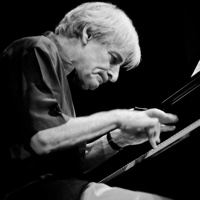