By Doug Collette
September 8, 2010
Sign in to view read count 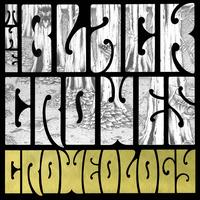 Croweology is a reaffirmation of the versatility of The Black Crowes lineup as first presented on Warpaint (Silver Arrow, 2008). It also extends the group's reach into the realm of Americana, as introduced on Before the Frost/Until the Freeze (Silver Arrow, 2009)

In hearing this two-CD set, it's essential not to compare these new arrangements to the previously recorded versions, if only because the only carryovers in the current lineup remain in the form of founding siblings Chris and Richie Robinson, as well as loyal drummer Steve Gorman. That said, the durable nature of some tunes, such as "Jealous Again," results in a take not altogether different from its precursor---except that this version sounds equally legitimate with the finger-picked guitar by both Rich Robinson and guitarist Luther Dickinson, of North Mississippi Allstars, plus salty barrel-house piano from estimable keyboardist Adam MacDougall, who's never afraid to strut his stuff when given the chance.

To his great credit, vocalist Chris Robinson sounds not a whit self- conscious in his vocal stylings on cuts like "Remedy," all the more laudable since here, as in most cases on Croweology, the backup singing of Charity White and Mona Lisa Young remains, albeit sparingly. As evidenced on this moving version of Gram Parson's "She," Robinson has turned himself into an absolutely indispensable component of this edition of the Black Crowes, though no more or less so, perhaps, than Gorman: he reaffirms his grasp of the role of a percussionist in the band largely by demonstrating an intuitive grasp of the dynamics of his co-musicians and the needs of the material.

It's notable too—especially in light of Brothers of a Feather: Live at the Roxy (Eagle, 2007)—that Rich Robinson is flourishing in his role as the unsung hero of the group; his willingness to defer to Dickinson and MacDougall as principle soloists seem to only enhance his participation to the fullest as a rhythm player. And it's well to remember he's credited as the composer of all this original music for which his brother wrote the lyrics.

Like the rest of the band, bassist Sven Pipien's playing is full of surprises, captured with clarity through producer Paul Stacey's unadorned mix. In the performance of songs like "Hotel Illness," the entire sextet sounds deeply engaged in a way it so often didn't on earlier recordings, where the musicians didn't totally nail the tunes. The Crowes continue to take chances here too, engaging in streamlined, focused improvisations like that of "Wiser Time," into which they draw Bob Dylan's sideman Donny Herron. His presence on pedal steel changes the texture of the music and the atmosphere of the listening experience, all the while maintaining the spontaneity of the recording concept.

With The Black Crowes planning a hiatus of indefinite length following the tour that in large measure mirrors these acoustic interpretations, they have not only reinvented themselves with a flourish, but also reclaimed their often-turbulent history with a bravado equal to the collective panache of these performances.

About The Black Crowes