By Doug Collette
December 3, 2017
Sign in to view read count 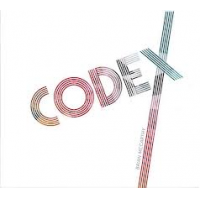 Whether saxophonist Brian McCarthy's third full-length studio album, Codex, was specifically intended as such, this comparatively simple, bracing quartet project is a refreshing change of pace from its more involved predecessor, The Better Angels of Our Nature (Truth Revolution, 2017).

On the surface at least seemingly far less ambitious, the album begins in a relaxed mode with "Commonplace," but its urgency grows almost imperceptibly (and most appropriately) with a solo from the leader of the band: following a piano sortie of Justin Kauflin's, his sax lines unfold slowly but surely, allowing the assimilation of the cultural reference to which McCarthy alludes in his liner notes. Just as ramifications of the Civil War era resonated in contemporary terms throughout the Vermont native's previous record, so does this tune connect with the world as we know it, yet without proselytizing of any kind.

Likewise, the abbreviated solo piece McCarthy uses to close this album is close to his heart personally and professionally. Homage to trumpeter and composer Ray Vega: "El Manisero," (literally translated as 'The Peanut Vendor") is arguably the most famous piece of music created by a Cuban musician-in this case author Moisés Simons-and it constitutes not just a literal nod to McCarthy's friend and mentor, but to fruitful collaborations the likes of which Codex as a whole is an estimable example: a successful Kickstarter campaign helped bring the project to fruition in the marketplace, while a seamless artistic process involving McCarthy, his band, engineer Fernando Lodeiro, plus producer Linda Little, forged a seamless combination of originals and cover material, not the least of which in the latter category is Claude Debussy's "Sarabande."

The earthy low rumble of Evan Gregor's bass that introduces Codex is an early sign of his bond with drummer Jared Schonig in the rhythm section, but perhaps more importantly, the fluid democratic functionality of the whole quartet. The instinctive collective motion at the close of Clark Terry's "One Foot in the Gutter" is only the most obvious instance of that dynamic, particularly given how, on the very next track, "Causeway," the four players dance around each other via their respective instruments as if in a carefully-choreographed ballet. The clarity of Lodeiro's recording and mixing (at studios in Brooklyn and just outside McCarthy's home in Burlington, Vermont) furthers tracking of such nuance,

This cover graphics of triple-fold CD package are proportionately scaled down from the previous release's sumptuous design and, as such, are a direct reflection of the sparsely arranged music inside. Perhaps not so expansive as the nonet effort from earlier this year, Codex is nevertheless as unified a presentation on its own terms, a memorable piece of jazz that reaffirms how the great traditions of the genre inevitably carry multi-faceted impact.