By C. Michael Bailey
November 15, 2021
Sign in to view read count
The Holiday Season is enough to make anyone come out of hibernation. Here are some holiday recordings worthy of consideration. 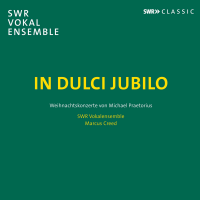 "For in heaven we all have to make music..." so says composer Michael Praetorius, the subject of Marcus Creed and the SWR Radio Choir's In Dulci Jubilo, the group's more tightly focused follow-up to 2020's partly old and partly new Christmas offering Christmas Carols (SWR Classic). Christmas would not be itself without "In dulci jubilo" and "Es ist ein Ros entsprungen" both staples represented in a cappella treatment here, coupled with other notable seasonal chorales and a Magnificat. Creed ensures a tight ship, the choir delivering the program with a warm and sharply defined character. 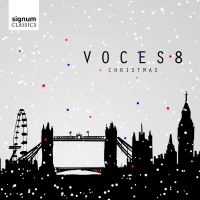 This one was nearly missed. The British vocal ensemble, VOCES8, has been performing a broad array of music for the past 15 years. Their Holiday disc, Christmas bobbed to the surface late, revealing an exceptional Christmas listening experience. The 18 piece collection spans the Medieval to Postmodernity. All a cappella, the performances are pristine and glistening. The disc includes modern works by Gorecki, Warlock, Lack and Mouton. The most arresting piece is Hieronymus Praetorius' 15th Century arrangement of "In Dulci Jubilo," who's dynamics are breathtakingly immediate and blistering in its beauty. A truly fortunate find for 2021. 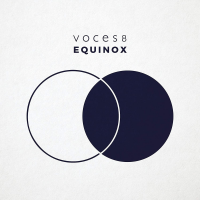 VOCES8's 2012 Christmas necessarily leads one to Equinox, a collaboration with Jonathan Dove, and his song cycle "The Passing of the Year." The new composition juxtaposes the cycles of the seasons alongside the liturgical year. Equinox is more akin to Messiah than traditional collections as it focuses on cycles: life, faith, hope. Performance of the Fifteenth Century carol, "Es ist ein Ros entsprungen" joins those of Chanticleer (We Sing Christmas (Teldec, 1997)) and The King's Singers (Christmas (Signum, 2003)) as being the finest of this greatest carol. 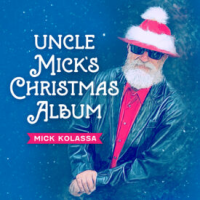 Pride of Taylor, Mississippi, Mick Kolassa, releases a soulful, blues inflected collection of holiday fare that takes a r oad less traveled. Whether an R&B treatment of "All I Want for Christmas" or the NOLA-flavored "Frosty the Snowman," K olassa summons his deft sense of humor and informed musicality to rub these songs just so to make them his own. "Merry C hristmas, Baby" is a highlight, along with "Have Yourself a Merry Little Christmas" and "Winter Wonderland." Kolassa is i n grand voice, whether singing or guitar playing. Appropriately, the album was recorded in Memphis, reflecting that special l ocale in the results. 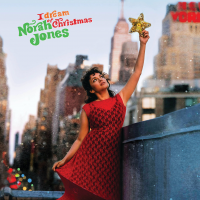 Whether neo-jazzer or Floyd Cramer country acolyte, Norah Jones always pushes the stylistic e nvelope. Jone's holiday offering, Dreams of Christmas is a schizoform affair equidistant between the sleek b each pop of Colbie Caillat and Jones' own compelling mixture of jazz, country, and zydeco (all in equal measure). The o pening "Christmas Calling (Jolly Jones)" is frankly Caillat-esque, Jones' coquettish vocals a touch saccharine. "Christmas D on't Be Late" and "Christmastime is Here" fare better, the singer blending her country bones with New Orleans climes. M ostly consisting of additions to the holiday canon, Dreams of Christmas entertains in spite of itself. 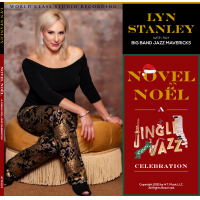 The full recording of Lyn Stanley's long awaited big band holiday offering became a casualty of the C OVID Pandemic; its release delayed until 2022. In the interim, the singer is releasing six selections at two week intervals f rom October through December. Of note is Stanley's expansion of the Holiday canon with otherwise seasonal songs like the t horoughly contemporary "It's Magic" (released October 5th), a lightly Latin "Moonlight In Vermont" (released October 1 2th), and a samba tinged "Come Dance With Me," with "Little Drummer Boy," "'Zat You, Santa Claus?," and "Boogie Woogie S anta Claus" still to come. The whole package is a treat. 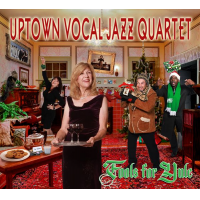 Sophisticated best describes the Uptown Vocal Jazz Quartet's approach to the holidays as evidenced in their i maginative and well performed Fools for Yule. Concentrating outside of the typical holiday fare, the group z ings with the Ginny Carr Goldberg's clever "Fool for Yule" and quietly expressed "Whisper," while, "Dear Santa, Where's M ine" and "Christmastime is Here" both deftly arranged by Goldberg, providing a certain fragrant seasonal bouquet. G oldberg's arrangement of "I've Got My Love To Keep Me Warm" sparkles with a bright swing and hipness. An upbeat " Winter Wonderland" and impressionistic "Silent NIght" stand out as the exceptional standards. 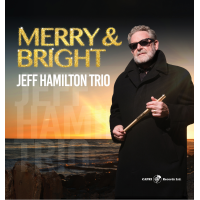 Too many to count are the trios anchored by Jeff Hamilton. The drummer reconstitutes his trio with b assist Jon Hamar and pianist Tamir Hendelman from Catch Me If You Can (Capri, 2020) for a swinging c ollection of mostly secular holiday songs on Merry And Bright. Hamilton is front and center, playing o rchestrally on "It's The Holiday Season," while displaying sensitive brushwork on "Little Drummer Boy" and "Let it Snow." C ymbals are the subject of "Caroling, Caroling" and "O Tannenbaum." Hendelman proves a collaborative pianist and one of t he most empathic with Hamilton. Hamar's timekeeping is solid.