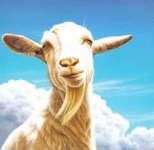 The best part of the event that is Charles—the rather full-length record from Barnacled—is that it simply cannot be categorized. It therefore appears a mistake to label the group "prog" throughout the otherwise insanely fine liners that accompany the package. Thus it's an infinitely rewarding experience to approach the music first and then go to the notes that accompany the record.

Clearly Barnacled is inspired. This is no ordinary 2008 avant-garde ensemble, but a band that knows and has assimilated those parts of its historic antecedents: the final music of Coltrane, Dolphy and Ayler, a heady mix of The Sex Pistols, Henry Cow, Can, and even Zorn and Vyatslav Ganelin thrown in. But lest this nomenclature suggest that Barnacled is derived from those musicians who shattered the fences that comfortably ensconced music, it bears mention that this is further from the truth. Barnacled is, quite simply, a modern ensemble with a singularly refreshing voice of its own and it is this: a kettle that is in a state of continuous boiling over; a band, which is so out there that it takes vigorous dancing to catch the wave despite the fact that many others who have pursued this path sound tedious and repetitive.

The ensemble worships at the altar of originality, serving the demands of breathless compositions, or, rather, improvised suites and not genre. The odd time signatures are organic to the pieces. "Language Barrier" and "Polyurethane" are fine examples. "Simulacrum" is a spectacular vehicle for the baritone saxophone to run riot with the bassoon. The hilarity of Barnacled's music is also not lost on the ear as it breaks up the melodics and harmony of "Simulacrum" and, of course, the maddeningly funny "Losing Weight Through Prayer."

But nowhere is the group's gloriously risque music more enjoyable than in the wild mingling of Erica Schattle's bassoon, Michael Jeffries' baritone saxophone, Ann Schattle's horn in F and Alec Redfearn's accordion. If anything, tedium sometimes threatens pleasure with Matt McLaren's drums—if anything. Otherwise this is an inspired attack on the deadly boring of the acceptable norm. It is music that laughs and spits on pop culture and anything that rattles within the body of normality. Barnacled rages against the comfortably numb and thumbs its nose at the normal.

It is Barnacled and music like it that is going to build not only on the repertoire of modern music, but that centers ESP Disk on the vanguard of modern music. And now, all that is called for is a whole host of encores.