By Henry Smith
February 8, 2009
Sign in to view read count 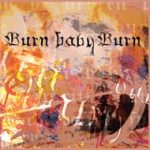 Having been virtually forgotten about since his appearance on Albert Ayler's Spirits (Debut, 1964), trumpeter Norman Howard nevertheless continued his career at least long enough to record two sessions for ESP in 1968. The results were shelved for a number of years before being released on cassette in miniature editions until now. That Burn Baby Burn can now find a wider audience is not only due to the music's high quality but a reminder of the rich accomplishments of small regional free jazz units who would never see the listenership they deserved.

The disc opens with the dirge-like pacing of "The Sound from There." Taking a cue from Ayler's funeral marching themes, Howard's trumpet plays with pointed intensity as he stretches his long tones across the more sporadic phrasing of alto saxophonist Joe Phillips. The airy rhythm section of bassist Walter Cliff and percussionist Corney Millsap is never rushed, as each phrase is carefully placed within the context of the quartet's sound as a whole.

The heated "Bug Out" displays the horn's more pyrotechnic capabilities, but even as the work erupts atop Millsap's compartmentalized rhythmic statements, the playing never turns into an all out blowing session. Howard's playing is always thoughtfully paced while Phillips' speed hovers hummingbird-like in steadily vibrating movement.

As its name suggests, "Deep Black Mystery" explores a more atmospheric take, with bop-like statements hovering among an undulating underbelly. The weaving interplay between Howard and Phillips is playfully tonal, perhaps more in line with Prince Lasha and Sonny Simmons' duets than Ayler's work. The brief "Time and Units" runs through a theme as Phillips' raspy tone pulses along before Howard's stop-start statements push the work forward into playful glee.

The lengthy "Sad Miss Holiday," written in remembrance of Billie Holiday, explores the unit's capacity for a mood-setting on this lyrical and gentle melody. Cliff's bowed bass slides about while both trumpeter and saxophonist take their turn crafting patient and emotive solos.

Despite Ayler's influence, the group manages to carve out their own sound. "NxJx" sees flurries of notes from all camps, pulling as much from the Art Ensemble of Chicago's more frenetic moments as it does Ayler's. So, too, does "Haunted," whose sonic elasticity has a surprising sense of humor considering the tense thematic material.

The closing title track is, as its name implies, an energetic take, opening with Howard's trumpet exploding high blasts of frenzied notes. Millsap's thudding rhythms perfectly suit the trumpeter's undulating lines before both he and the percussionist are given solo space of their own.

These recordings, which represent a small pocket of local activity in the free jazz world, hold a distinct sound all their own. The closing lines of "Burn Baby Burn" serve not only as a reminder of the existence of fertile local free jazz communities, but also to that music's vitality. Not only does it serve to provide a deeper and more accurate history of the form, but it also contextualizes and re-informs the work of those, like Ayler, who were able to move outside of their local terrain.